The statement was made at a conference on building Thu Duc City into an innovative, highly interactive urban area- an intellectual city- the creative core in the socio-economic development of the Southern Economic Region 4.0 on January 19 with the participation of former deputy secretary of the city’s Party Committee and former chairwoman of the People’s Council, Pham Phuong Thao and Head of the Propaganda and Education Department of the City Party Committee, Phan Nguyen Nhu Khue.

The establishment of Thu Duc City by merging three eastern districts of 2, 9 and Thu Duc is a new model of urban area that would help HCMC’s growth rate be able to be 1.5 times higher than the average growth rate of the country.
The city contributes around 22 percent to the national GDP, about 27 percent to the national budget. However, the city’s economic growth rate decreased in recent 10 years, he said.
According to Mr. Nguyen Thien Nhan, the main reasons for the city’s economic slowdown is that its development mechanism which is not applicable with the current economic situation, the poor infrastructure, the exploitation of science and technology that has not yet been effective.
The city has a high labor productivity growth which is 2.7-2.9 times greater than other provinces and ciities in the country. The number can be higher from 5-7 times if its weaknesses of mehcianism, infrastructure, the application of science and technology are solved to attract foreign investment strongly.
He stressed the building e-government and smart city and collecting opinions of scientists, businessmen, cultural researchers and residents for the new city’s development.
Thu Duc City could have the highest labor productivity in the country. It is expected to contribute 30 percent of the city's economic growth and 6.6 percent for the nation's per year, after Hanoi and getting a position higher than Dong Nai, Binh Duong, Ba Ria-Vung Tau provinces, he added.
Thu Duc City will have a population of about two million people by 2040 and three million by 2060. The new city will be developed into an innovation hub of industry, scientific research and service, providing industry 4.0 solutions to adjacent provinces of Dong Nai, Binh Duong, Ba Ria-Vung Tau and others in the country as well as exporting Industry 4.0 equipment and services.
It will be designed and built up in accordance with standards of urban planning, quality of life, high quality service to ensure the development of modern industries and meet demands of residents and enterprises.
The new city located at HCMC’s strategic gateway, having a border with Long Thanh International Airport is the core area of the southern key economic region. 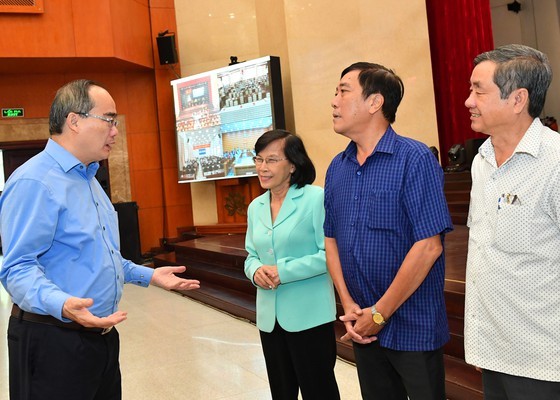