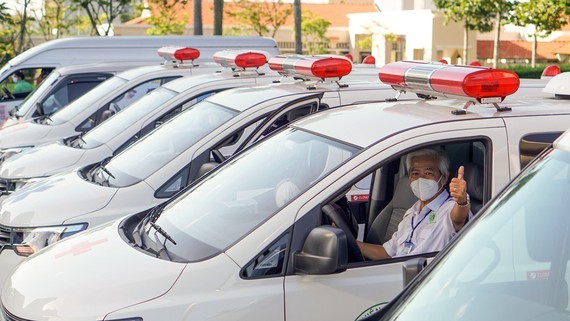 Each of these ambulances is equipped with equipment in emergency medical services. A separate team of drivers and emergency medical workers was created for the purpose to carry patients to hospitals safely and quickly.
Previously, a motorbike emergency medical response service that can enter narrow alleys to carry out patients was launched by the Le Van Thinh Hospital in Thu Duc City.
In conferences on Covid-19 prevention and control, Chairman of the HCMC People’s Committee has also asked the municipal Health Department and the 115 Emergency Center to mobilize sources of ambulance services in the public and private healthcare units to support the transportation of F0 cases and help the city reduce mortality rates in severe Covid-19 patients.
As of present, the city has a total of 200 vehicles and plans to add more 100 ambulances in the next two weeks. In addition, Mai Linh Joint Stock Company has converted 200 taxis to mini-ambulances amid spike in demand. 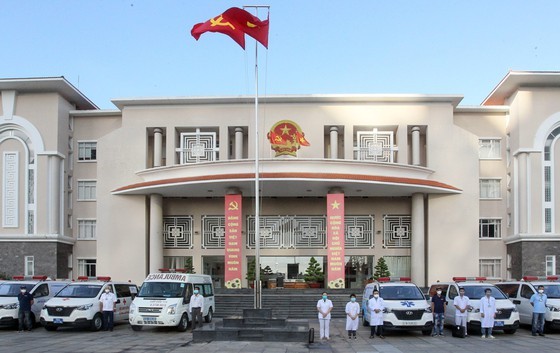 At the launching of ambulance service 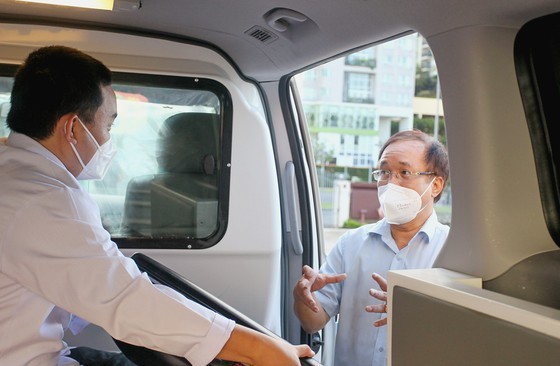