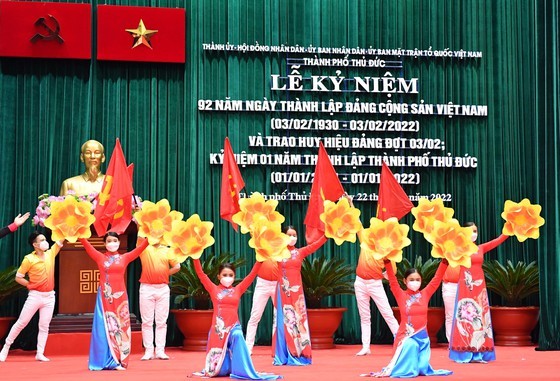 An art performance in the ceremony
Speaking at the first anniversary celebration, Secretary of the Party Committee of Thu Duc City Nguyen Van Hieu announced the city’s outstanding achievements after the establishment, including completing organizational structure of administrative agencies; launching emulation movement themed “The year for building urban administration and improving the investment climate” associated with the implementation of the Resolution No.131/2020/QH14 (NQ131) on organizing urban administration in HCMC; developing Thu Duc into a smart and creative city with a good quality of life, sentimental attachment and the fast and sustainable development; paying tribute to frontline forces in Covid-19 fight; implementing pandemic prevention and control measures in the health sector effectively; successful organizing the election of deputies to the 15th National Assembly and People's Councils at all levels for the 2021-26 tenure. 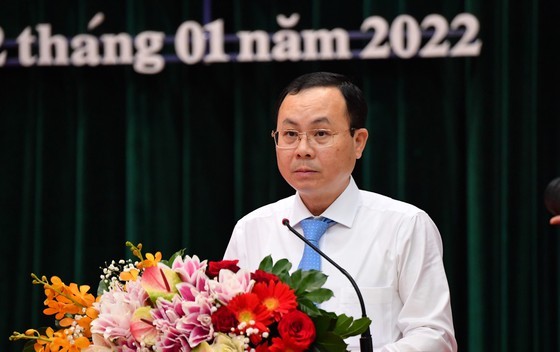 Secretary of the Party Committee of Thu Duc City Nguyen Van Hieu speaks at the ceremony.
The city has also made every effort to control the Covid-19 pandemic, maintain achievements in preventing and controlling the disease, ensure the safety and health for people and implement socioeconomic recovery.
In addition, winners of the Thu Duc City Creative Awards 2021 and the first “Excellent Citizens of Thu Duc City” 2021 honoring 10 people for making extraordinary contributions to the development of the city will be revealed today, he added.

A corner of Thu Duc City (Photo: SGGP)
The city has currently taken care of policy beneficiary families, poor households, people and businesses affected by Covid-19, and those who are under social protection during Tet holidays; and ensure security and safe for residents during Tet.
On this occasion, the Party Committee of Thu Duc City granted 55-year, 60-year, 65-year, 70-year and 75-year Party membership badges to 89 Party members.
Chairman of the People’s Committee of Thu Duc City Hoang Tung received a Third Class Labor Medal from the State President and Head of the Thu Duc Party Committees Commission for Mass Mobilization Cao Van Minh was awarded a Certificate of Merit from the Prime Minister. 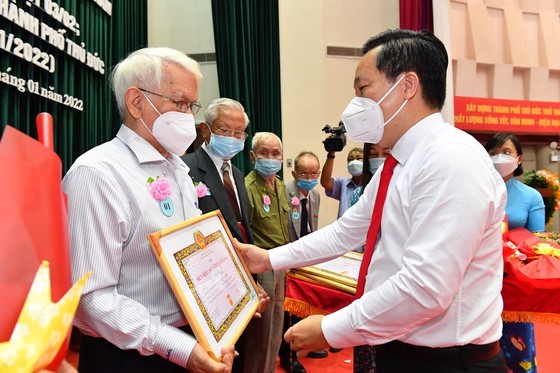 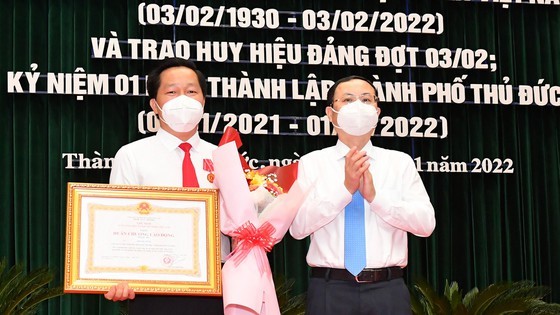