Female worker Nguyen Thi Thanh Tuoi from Quang Tri Province told she worked for a private company which has let workers off due to the Covid-19 pandemic. She had been unemployed for three months. Hence she decided to leave the city for her hometown in the North Central region for being unaffordable for the rent and daily expenses.

Her story is shared by many others waiting anxiously to return home, afraid they might not be able to go on.

Many provinces have organized 'repatriation' trips (by trains and airplanes) and subsequent centralized quarantine facilities for their people in recent days as the outbreak situation in the southern city worsens, but many others remain behind.

Using loudspeakers, police officers at the checkpoints on National Road No 1, Thu Duc City struggled to prevent people from leaving the city, urging them not to congregate and telling people to remain where they stay as per the Government's order. The law enforcement and local authorities took note of their information and address to provide support later. Most of the workers have returned to their accommodations in the city after being convinced.

Prime Minister Pham Minh Chinh in the decision issued late July on extension of lockdown across 19 southern cities and provinces has asked local authorities to guarantee livelihoods and healthcare of people so they could remain. 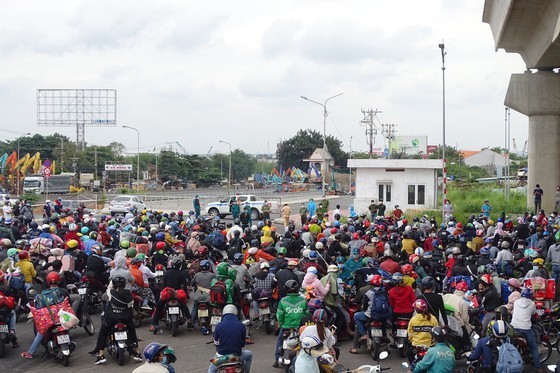 Migrant workers on their motorbikes with heavy baggage on Sunday crowd at a checkpoint in HCMC intending to return home as the southern city announces extension of lockdown measures. (Photo: SGGP) 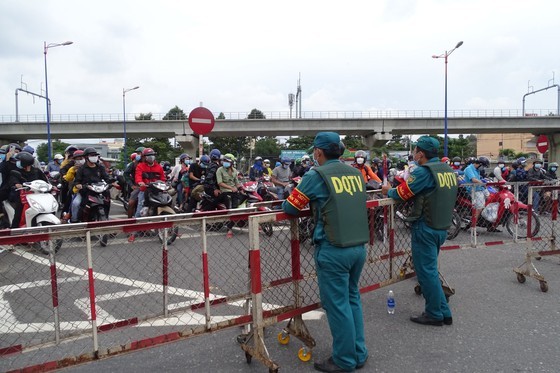 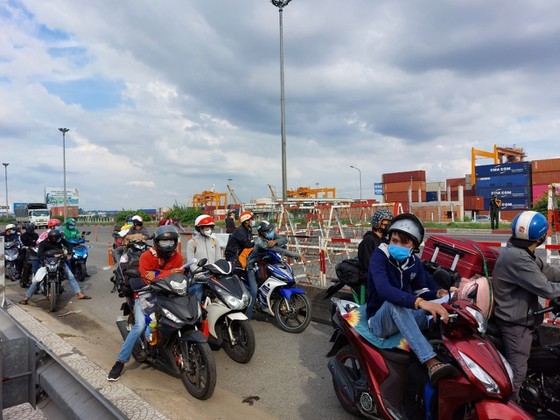 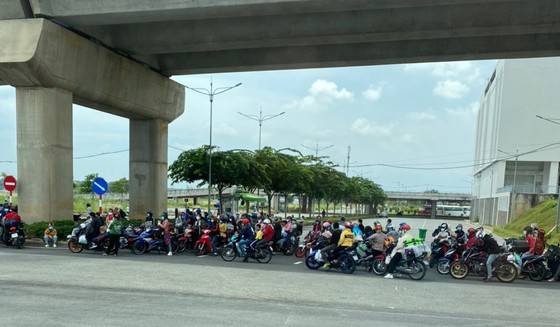 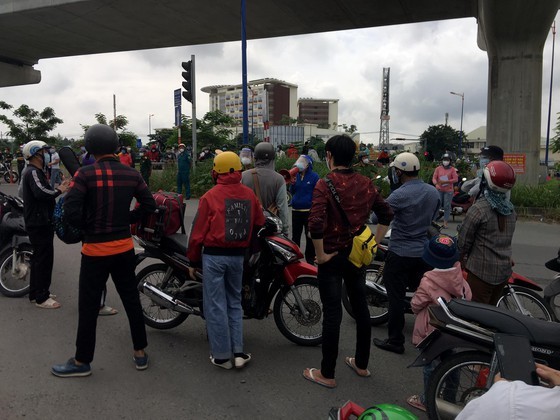 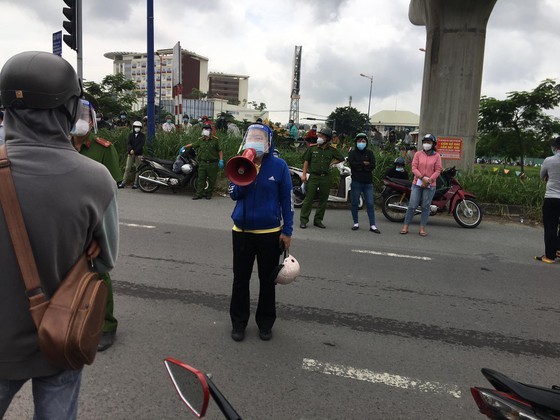