Accordingly, the third three-carriage train is among 17 trains of the Metro Line No.1 linking Ben Thanh in District 1 to Suoi Tien Theme Park in Thu Duc City, being imported to Ho Chi Minh City and transported to Long Binh Depot for a trial run in the coming time.

Each carriage is designed with a length of 20.75 meters and a width of 2.95 meters. All three carriages have 147 seats and 783 handgrips to serve 930 passengers.

According to the Ho Chi Minh City Urban Railway Management Board, the trial operation of the trains in Long Binh Deport is expected to start in the third and fourth quarters of the year to proceed to the trial run for the overhead sections.

Metro Line No.1 has a total length of 19.7 kilometers with 14 train stations including three underground stations and 11 overhead stations along the route. Currently, the project reached 84.44 percent of the workload. It is expected that Ho Chi Minh City would strive to put the Ben Thanh- Suoi Tien metro line project into commercial operation at the end of 2022.
Some photos featuring the installation of three carriages on Long Binh Depot railway in Thu Duc City this morning: 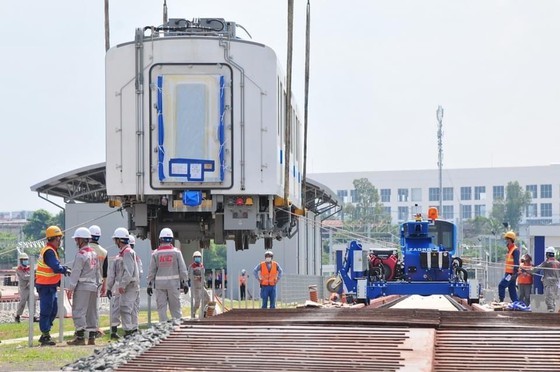 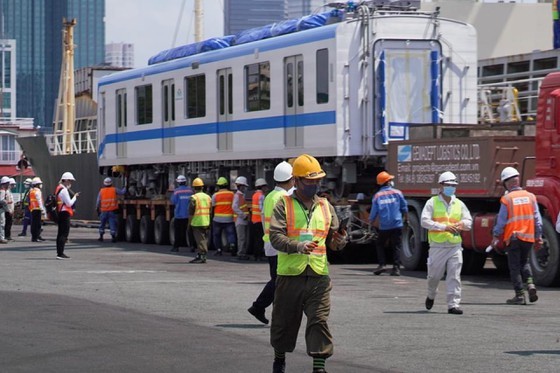 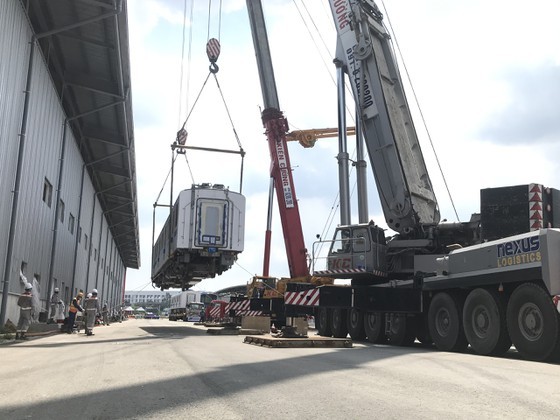 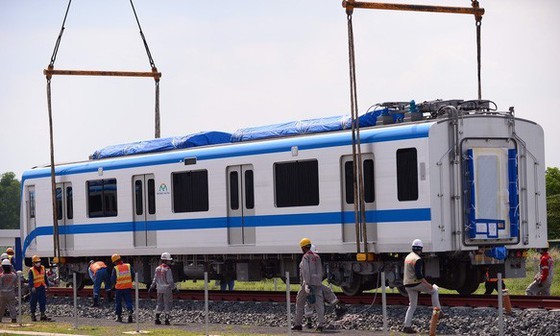