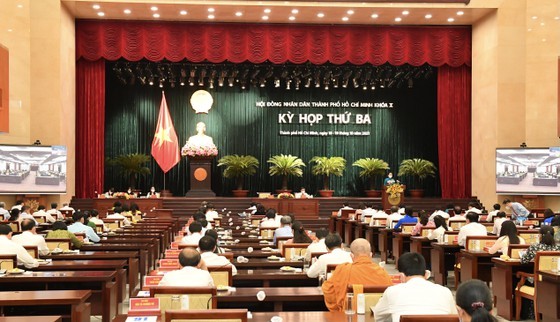 The third session of the 10th People's Council of Ho Chi Minh City is officially opened this morning.

According to Ms. Le, this is a major meeting of the Municipal People’s Council to evaluate deeply and comprehensively the efforts of the city in controlling the Covid-19 pandemic.
The meeting is scheduled to take place in one and half a day at three places of 11 Ba Huyen Thanh Quan, 272 Vo Thi Sau and 255 Tran Hung Dao street. At the beginning of the meeting, the delegates spent a minute to commemorate people, frontline forces, medical workers who have sacrificed and died from Covid-19. 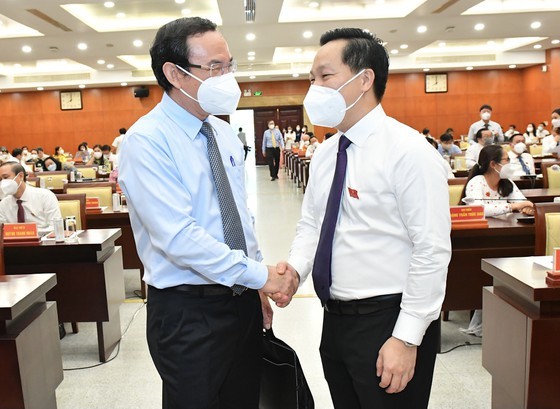 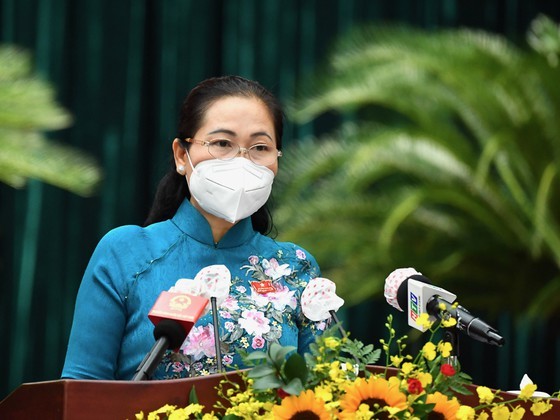 Chairwoman of the Municipal People's Council Nguyen Thi Le speaks at the meeting.

At the opening ceremony of the third session of the 10th HCMC People's Council, Chairwoman of the Municipal People's Council Nguyen Thi Le said that the Party Committee, local authorities and people of Ho Chi Minh City have strived to fight against Covid-19 during the past five months. From October 1, the whole city has turned into the new normalcy with a dual target of pandemic prevention and control and step-by-step economic recovery.

Chairwoman Le said that the delegates also approved important decisions and solutions to support agricultural production activities, businesses without revenue due to the Covid-19 impacts, call for investment in socio-economic recovery and the city development, propose the city's socio-economic development plan and support policies in the fields of economy and education.

The city leader also expressed her thankfulness to the Party Committees and people of provinces and cities and forces nationwide and foreign countries for their supports to the Covid-19 fight in HCMC; and highly appreciated the responsibility, initiative and creativity of the Steering Committees for Covid-19 Pandemic Prevention and Control of 312 communes and towns in the past time, especially the drastic direction of the leaders of the Central and ministries, on-time supports from working groups, organizations, individuals and great contributions of frontline forces, doctors, police, medical workers military forces, civil servants, officials, volunteers in the Covid-19 fight.

Up to now, 21 districts and Thu Duc City have reached the criteria for pandemic control and are ready for the new normalcy.

By October 17, HCMC recorded 417,208 coronavirus infections, including 240,797 recovered patients from hospitals and medical facilities; the new number of infections and deaths decreased. As for adults over 18 years old, the rate of the first doses of vaccination reached nearly 99 percent and the rate of the second doses was over 76 percent.

Following the implementation of Directive No. 18 dated September 30, 2021, of the People's Committee of Ho Chi Minh City, the city has piloted the reopening of some socio-economic activities based on the safety criteria. These are positive signals for the city to continue to implement solutions for economic recovery and development, added Ms. Le.

In the afternoon of October 18, the delegates shall discuss the medium-term investment plan in the period of 2021- 2025 and the socio-economy situation.

In the morning of October 19, the delegates will discuss key contents, pass the Resolution on the city's socio-economy tasks by the end of 2021 and personnel work of the Municipal People’s Committee.