Leaders of HCMC on May 10 led by Mr. Nguyen Van Nen, Member of the Politburo, HCMC Party Secretary had a meeting with the Standing Party Committee of District 5 concerning run-down apartment complexes in the area. 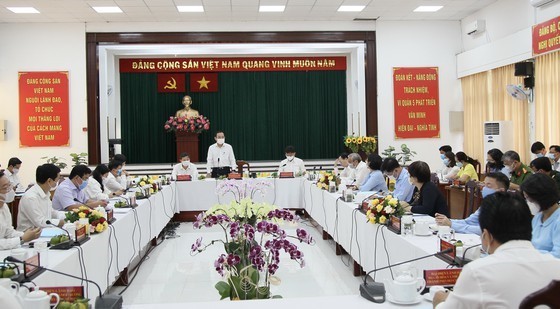 HCMC Party Secretary Nguyen Van Nen talking with the Standing Party Committee of District 5 on May 10. (Photo: SGGP)
There are 212 old apartments in District 5, 45 out of which are already categorized as the low-tier type C and one as the bottom-tier type D.
Chairman of District 5 People’s Committee Pham Quoc Huy listed a series of administrative roadblocks preventing authorities from reconstructing the buildings, namely not getting a turnout of 100 percent on votes for the proposition and private investors walking away from the lack of financial prospects.
What’s more, District 5 has the highest ratio of old apartments in HCMC with uneven distribution, making it wasteful to construct new buildings in place of each old one.
At the meeting, Mr. Nguyen Van Nen expressed deep concerns with the temporary renovation of apartment buildings, calling for new mechanisms and drastic political reforms even at the cost of the traditional apparatus. 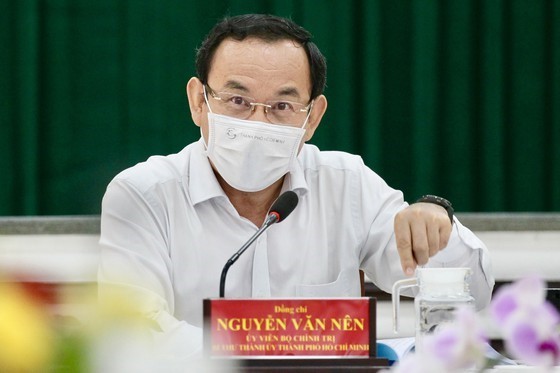 Mr. Nguyen Van Nen at the meeting on May 10. (Photo: SGGP)
In response, leaders of the HCMC Department of Construction suggested building a number of large apartment buildings in place of the small clusters.
In addition, District 5 leaders requested municipal authorities to issue preferential policies for the difficult works, especially when it comes to fire protection systems and sanitation, as well as removing administrative roadblocks for run-down apartments in the long run. 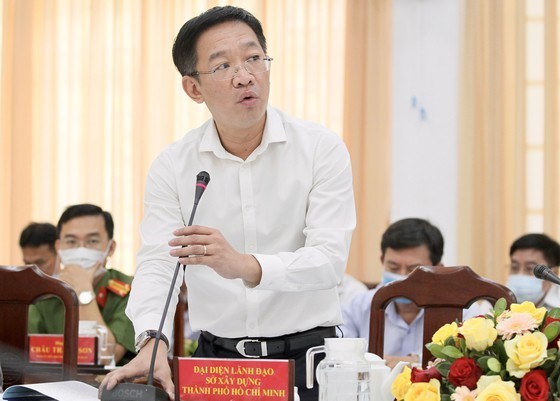 Deputy Director of HCMC Department of Construction  Le Tran Kien at the meeting. (Photo: SGGP)
Meanwhile, Deputy Director of the HCMC Department of Planning and Architecture Nguyen Dinh Hung attributed the difficulties to lack of urban space in District 5 with 14 hospitals and multiple university buildings. He suggested the development of underground space and advanced logistics services around hospitals.