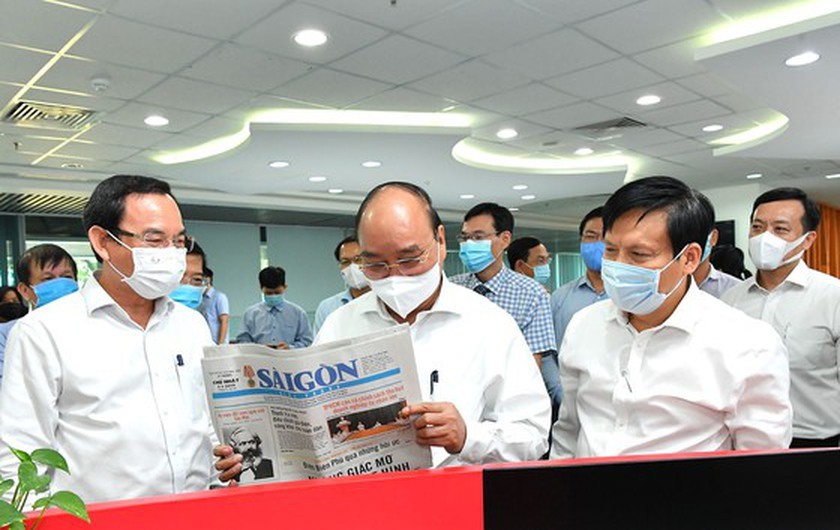 He highlighted the sharp development of the suburban districts that are the lands with rich and resilient revolutionary tradition while the local people are very kind-hearted, honest, enthusiastic and strong persons.
In meetings, the State President received many valuable opinions of voters in various sectors, consisting of the transport infrastructute with its inadequate development, long-lasting planning failure, environmental pollution, employment, education, vocational training and others. They reflected the local people’s expectations for the building and development of Cu Chi and Hoc Mon, he stressed.
He asked questions to himself: “How do we made contribution and build HCMC in general, Cu Chi and Hoc Mon districts in particular in coming time? How do we improve the quality of life of residents in the city and its rural districts in the 2021-2026 tenure, and solve existing problems, thoroughly?” , and made replies that he will make every effort to devotedly serve the country and people.
The State President said that he focused on promoting the national solidarity and paitriotism, building the country into a developed and prosperous nation, improving the quality of life of residents, increasing community welfare, ensuring social security, keeping traditional culture, caring families and individulas under preferential treatment policy.
He emphasized the city is the largest economic center in the country. The growth of HCMC is the factor that leads to the development of other localities nationwide.
Regarding to HCMC, the State President was interested in speeding up the city’s four development programs, consisting of reforming governance, making breakthrough in infrastructure, boosting development of innovative start-ups and spearhead products, developing human resources and upholding cultural values.
State President Nguyen Xuan Phuc; Vice Secretary of the municipal Party Committee and Chairwoman of the municipal People’s Council Nguyen Thi Le; Political Commissar of the municipal High Command Maj. Gen Phan Van Xung; Chairman of the Vietnam Association of Historical Sciences Tran Duc Cuong; Vice Rector of the Pham Ngoc Thach University of Medicine Nguyen Thanh Hiep are candidates for the upcoming election of deputies to the 15th National Assembly in constituency No.10 in Cu Chi and Hoc Mon districts. 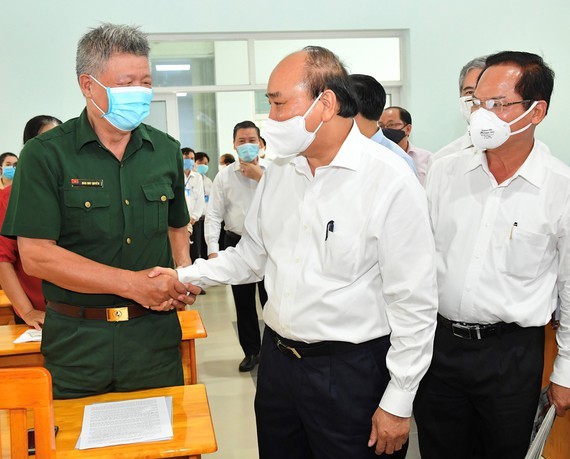