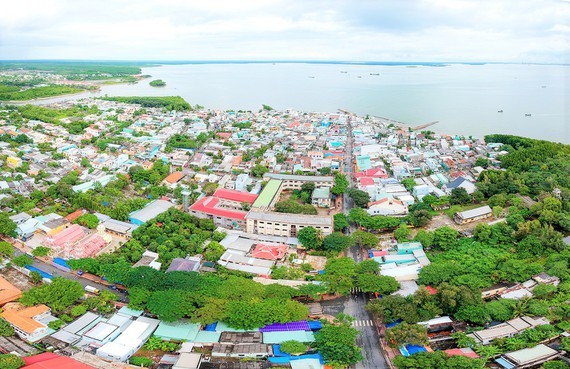 HCMC plans to develop Can Gio District into an ecotourism urban area.
However the city’s government must define the model of development and coordinate with neighboring localities to promote the common development. In addition, the municipal authorities have to build a special mechanism for effective operation, specialists noted at the meeting.

Speaking at the event, Vice chairman of the People’s Committee, Vo Van Hoan said that the ocean economy, which is the sum of the economic activities of ocean-based industries, such as marine aquaculture, offshore oil and gas exploitation and production and sea tourism with a strong growth, is a key trend in countries.
The city should reassess its international competiveness, business models, high-value industries, potentials and strong points to launch a strategy on developing the sea economy in combination with an international metropolitan area network, promoting the ocean economic space in Can Gio District tied with preservation of ecological environment and attracting development resources to the city, he stressed.
Vice Chairman of the Party Central Committee's Economic Commission Nguyen Duc Hien said that Vietnam has more than 3600 km of coastal line. 28 coastal cities and provinces have attracted foreign direct investment (FDI) capital accounting for 58.2 percent of total FDI capital in the country. Their import and export value reached 36.6 percent of the total import-export turnover of the country and the number of businesses reached 58 percent of the country’s total number of enterprises.
These localities play an important role in the process of economic development of the country. HCMC is considered as the largest economic center. Howerer, the city’s ocean economy has not been developed and exploited in accordance with corresponding potentials, he added.
Can Gio District has the ocean surface which amounts to about 42,000 square kilometers, creating the preconditions for the HCMC’s ocean economy. But, the city would cope with challenges, especially environmental issues and infrastructure connection. In addition, the cooperation between HCMC and other localities for the common development is also essential, according to experts’ opinions.
Vice chairman of the People’s Committee, Vo Van Hoan said that the city’s government will collect and gather all opinions and ideas from specialists, managers and local residents to define the model of development, assign roles and responsibilities of each department, boost infrastructure connectivity  between HCMC and other localities.
HCMC plans to develop Can Gio suburban district into an ecotourism urban area, not into an urban district, he noted.

By Do Tra Giang – Translated by Kim Khanh