The rear driver suddenly hit the car ahead as the car moved up the middle of Saigon Bridge on the Hanoi Highway, Thao Dien Ward from Thu Duc City to Binh Thanh, Ho Chi Minh City. Right after that, the rear cars hit another car.

Five cars collided in a serial traffic accident and the accident caused wrecks in front and rear bumpers at the scene.

Thousands of vehicles lined up several kilometers and moved slowly into the center of Ho Chi Minh City.

The Cat Lai traffic police team under the Road and Railway Traffic Police Division (PC08) came to the site for investigation and to regulate the traffic situation throughout the section.
Some photos at the scene of rear-end collision 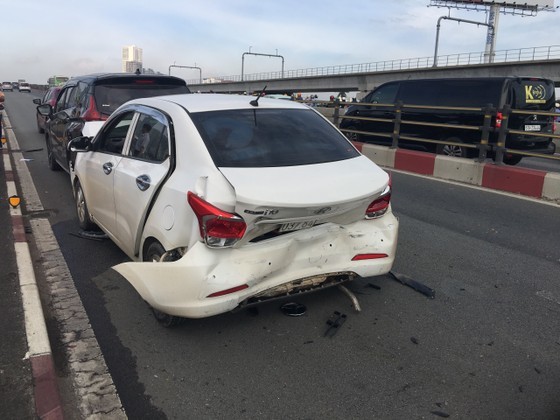 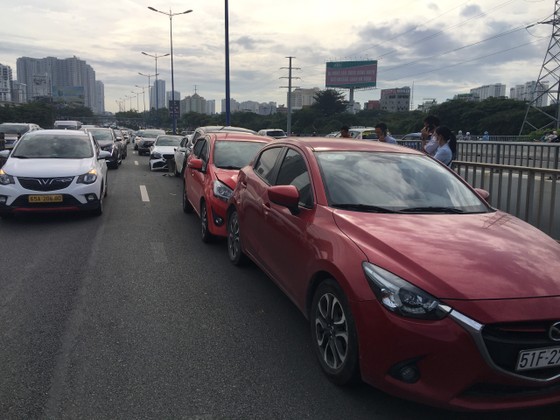 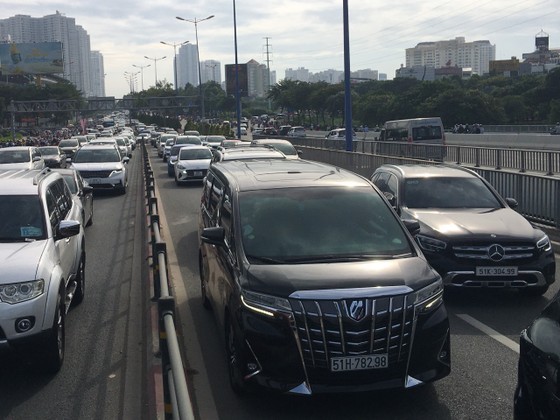 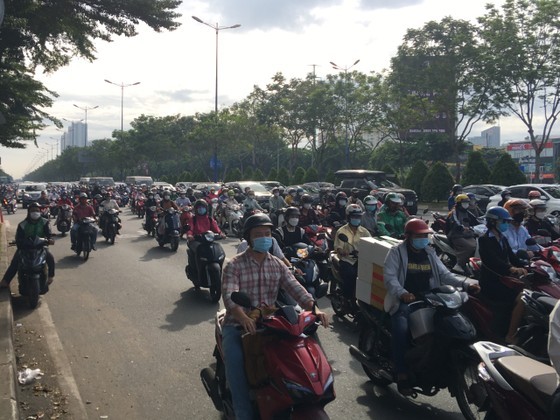