According to Mr. Tri, all general urban planning for HCMC signed by the Prime Minister from 1993 up to 2012 have the same basic content, which is developing Thu Thiem urban area and the multi-polar development with satellite cities as a whole.

In reality however, high-rise buildings have been built in unplanned locations, especially central areas, before any technical infrastructure or public road that meet required standards.

The city used to spend a lot on well-known urban consultants for international-standard planning projects, but later implementations like in the South Urban Zone and Thu Thiem Residential Area were different from the plans.

The main reason for this could be the lack of sanctions on top of legal loopholes, allowing investors to build as they please without following the government’s plan, said Mr. Tri. 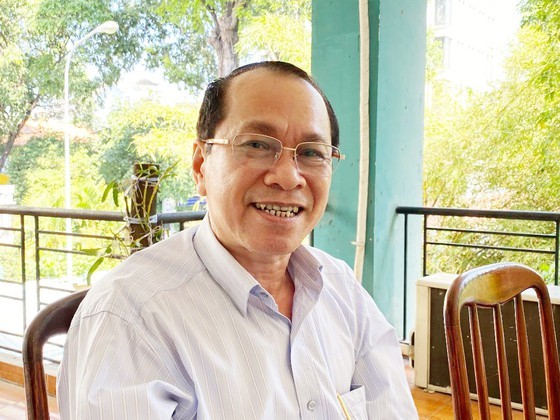 Mr. Hoang Minh Tri
The city should not worry about losing investors or promoting real estate trading, but rather focus on technology to contribute to sustainable development.

Regarding the seminars and surveys related to urban planning, the drafting board usually let people give their opinions, but it is unclear how the info is integrated into the plans, if at all, Mr. Tri added.

He suggests to use the Planning Law as the main basis, issue a circular to guide and clearly define the limit of planning adjustments to put pressure on management and set a legal basis for sanctions.

Also, it is important to review past implementations and evaluate how appropriate the construction is for the previously approved planning, making full use of modern technology to keep track of things, he concluded.