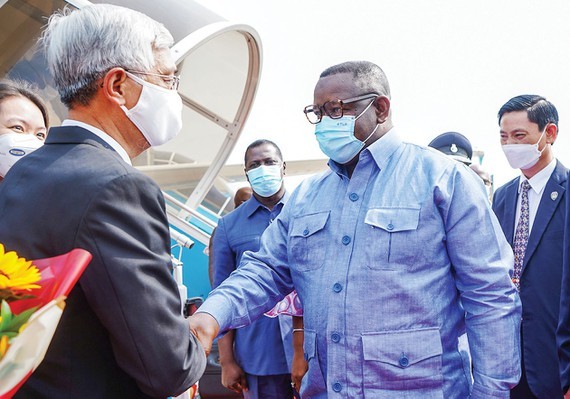 After the receiving ceremony, President Julius Maada Bio will have meetings with State agencies and enterprises in the Mekong Delta city of Can Tho, and leaders of An Giang Province.
On March 19, President of Sierra Leone Julius Maada Bio will visit Saigon Hi-tech Park and have a meeting with Chairman of the HCMC People’s Committee Phan Van Mai at the Reunification Palace and leave the city for home, ending his seven-day official visit to Vietnam.
The official trip to Vietnam by the President of Sierra Leone and his spouse is the first visit by a head of state between the two countries. It is also a stride in bilateral relations in the context that African countries, including Sierra Leone, attach importance to the establishment and development of their cooperative ties with Asia-Pacific nations, including Vietnam.