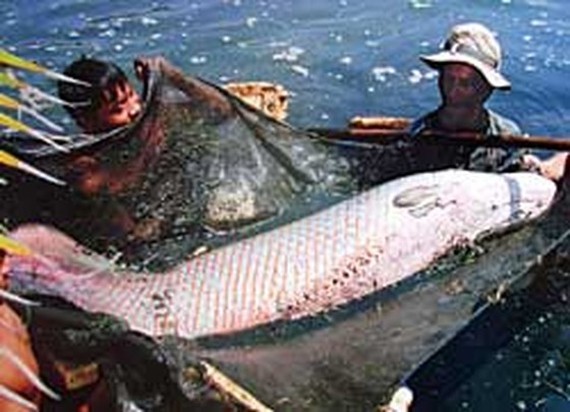 Piracucu (under the scientific name of ‘Arapaima gigas’) is a freshwater species from South America. A mature fish weighs 200 kilos and is up to 3 meters long. It primarily feeds on small fish, shrimp, and crab.

In the domestic ornament fish market, a piracucu’s price depends on its size. A 10-to-70-centimeter fish costs from VND2-10 million (US$85.5-427). Since 2015, these fish have been imported to some Southwest provinces to sell to specialty restaurants.

However, Director General Luan said this fish is not on the list of aquatic species permitted for trading in Vietnam. It might cause harmful effects to the existing local ecosystems if released into the natural environment.