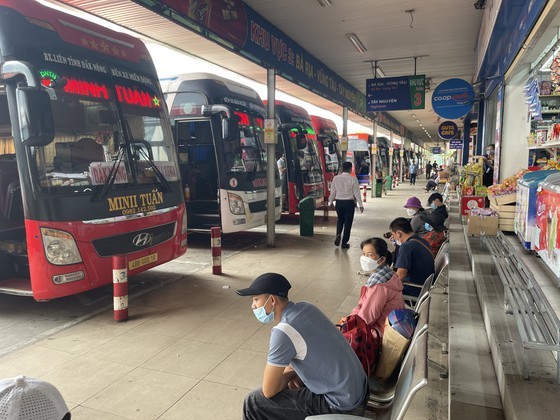 The old Mien Dong (Eastern) Coach Station is more crowded than the new coach station.
Currently, the coach station is serving routes from Quang Tri Province to the Northern localities with a distance of over 1,000 kilometers facing high competition with airplanes.
According to the Municipal Department of Transport, the connectivity infrastructure is the core motivation to serve passengers at the station. Currently, some projects are implemented and expected to soon be completed in one to two years surrounding the new Eastern Coach Station.

Specifically, the Metro Line No.1 is expected to be completed by end of 2023; the investors are pushing up the implementation of the Ha Noi Highway expansion project, Eastern Bus Station overpass, streets of Hoang Huu Nam, A8 being facing difficulties due to site clearance process.

Additionally, four bus lines are traveling through Eastern Bus Station comprising 150, 601, 602 and 604. To create more convenience and attract passengers, the municipal Department of Transport directed to put the bus lines to pick up passengers right at the station lobby.

In the upcoming time, there will be two electronic bus lines connecting with the station. Besides, the department also required the Ho Chi Minh City Management Center of Public Transport (MCPT) to put into exploitation more bus lines from the old Eastern Bus Station to the new station.

In addition, the department will also strengthen checking and strictly handle illegal bus stations operating from the Binh Phuoc crossroad to the new Eastern Coach Station.
Furthermore, the department also informed that the main investor Saigon Transportation Mechanical Corporation (SAMCO) is struggling with difficulties related to legal issues on land to possibly sign the contract of land rent. In addition, the company does not have the mechanism of leasing services and is waiting for the completed procedures.