Accordingly, Thu Duc City will be established on the basis of merging three eastern districts of Thu Duc, 2 and 9 with 34 wards, spread over more than 211 sq.km and home to more than 1 million people, has a border with districts of 1 ,4, 7, 12, and Binh Thanh District, and neighboring provinces of Dong Nai and Binh Duong. The commune and ward-level administrative units of the new city will be also adjusted.
As planned, An Khanh and Thu Thiem wards will be combined into Thu Thiem ward covering on an area of 3.25 km2 and having a population of 428. The new Thu Thiem ward will border with An Khanh and An Loi wards in District 2, Binh Thanh District, districts of 1 and 4. Binh Khanh and Binh An wards will be merged into An Khanh ward with the area of 3.92 km2 and 23, 154 residents, locating near wards of An Loi Dong, An Phu, Binh Trung Tay, Thao Dien, Thanh My Loi and Thu Thiem in District 2, District 7 and Binh Thanh District. 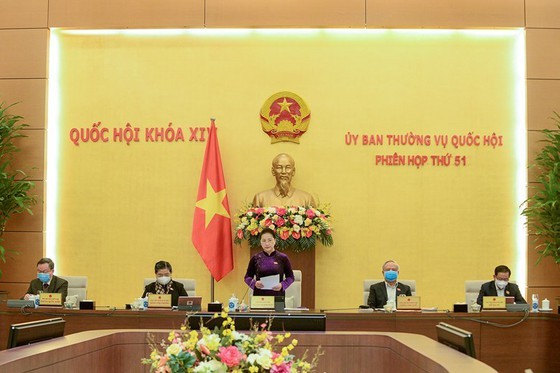 HCMC plans to invest in 8 key centers in the new city and human resource training programs in the sectors of health, tourism, finance, banking and urban management, said Chairman of the People’s Committee of HCMC, Nguyen Thanh Phong.
Thu Duc City will be developed into an innovation hub of industry, scientific research and service. It will be designed and built up in accordance with standards of the urban planning, quality of life, high quality service to ensure the development of modern industries and meet demands of residents and enterprises. The new city will need the effective leadership and good governance to promote its potentials and strong points to develop the interactive and innovative urban area at best, becoming the creative core in the socio-economic development in the country, region and HCMC.
The city will invest in key projects of Thu Thiem FinTech Hub; Rach Chiec Sports Complex; High-tech production areas with multiple industrial parks and export processing zones, Vietnam National University with Vietnam National University – Ho Chi Minh City (VNUHCM), Fulbright University and Chi Minh City University of Agriculture and Forestry; Creative Startup Center; Tam Da EcoTech Hub and Truong Tho future urban zone; a transport center connecting the southeastern region and Cat Lai Port.
At the session, the Standing Committee of the National Assembly has also launched a decision on the establishment of Phu Quoc City and its wards in the Mekong Delta province of Kien Giang; Tan Binh Town in Binh Duong Province’s Bac Tan Uyen District; wards of Thanh Hoa City in Thanh Hoa Province; Vinh Thach Trung Town in Chau Phu District, Co To Town in Tri Ton District, Vinh Binh Town in Chau Thanh District in An Giang Province.