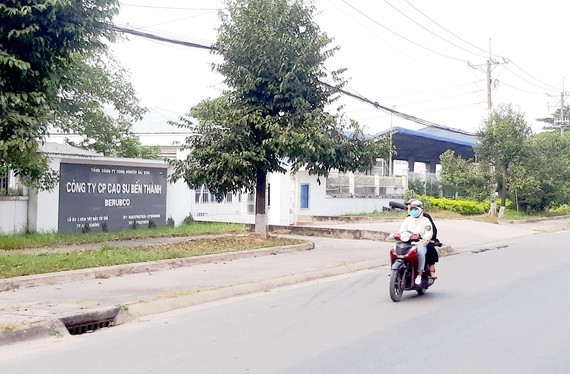 An industrial park in HCMC

For instance, Hiep Phuoc Industrial Park in Nha Be District has been vacant for more than five years while the second phase has 200 hectares of clean land and the infrastructure has been completed because city authorities have not yet determined the land rental price of the State.
Enterprises building infrastructure in this industrial park are impatient because they couldn’t have taken back their capital up to thousands of billions of dong. The longer the time, the more interest rates on the loan multiply, and the rental price will definitely increase.
As for the Northwestern Cu Chi Industrial Park in Cu Chi District, the auto mechanical industrial park of Hoa Phu Joint Stock Company has clean land but is facing many land administrative procedures, so it can’t build infrastructure.
In the second phase, the enterprise has cleared more than 98 percent of the site, with nearly 63 hectares, and fulfilled its financial obligations to the local authority, but the Department of Natural Resources and Environment has not approved its land use right certificate for one year.
A representative of Hoa Phu Company said that the unit had met the conditions prescribed by the 2013 Land Law, so in 2015 or the first phase, the authorities issued a certificate of land use rights for 32ha out of 99ha of planned land to the company. The company has also leased out this area, but it was hindered when implementing the second phase.
According to the Management Board of Ho Chi Minh City Export Processing Zones and Industrial Park Authority (HEPZA)’s report, from 2016 to now, the city's industrial land fund has become increasingly limited. In the IZs and EPZs, only about 300 hectares of land can be leased and exploited.
In 2021, due to the heavy impact of the Covid-19 pandemic, EPZs and IZs in the city will attract new and adjusted investment capital of more than US$600 million, an increase of 9.23 percent compared to the plan the city, but lower than in 2020 with $760.05 million.
In addition, barriers in the land fund have not been removed, causing the land fund dedicated to attracting investment in export processing zones and industrial parks to be gradually narrowed down as the existing industrial zones are fully operated. Because of these shortcomings, Hepza aims to attract investment $500 million in 2022, $100 million lower than in 2021.
Chairman of the city HEPZA Business Association (HBA) Nguyen Van Be said that the main problems at present in IZs and EPZs are related to land procedures and rental pricing.
Specifically, Le Minh Xuan 3 Industrial Park and Tan Phu Trung Industrial Park have many clean land plots but management boards can’t complete formalities to have red books for lease. These enterprises have submitted their applications to the Ho Chi Minh City Department of Natural Resources and Environment for many months but they didn’t receive any reply.
In order to improve the above situation, Hepza leaders said that they will ask for the permission on the establishment and gradually put into operation Pham Van Hai Industrial Park in Binh Chanh District in accordance with high-tech orientation.
On the other hand, Hepza will urge the construction of 20,000 square meters of high-rise factories in addition to administrative reform to handle more cases through online public services.
In addition, Standing Vice Chairman of HBA Dao Xuan Duc said that in the future, eco-industrial parks will be a popular model for many existing industrial zones of Ho Chi Minh City. At first, a model of eco-industrial parks will be piloted at Hiep Phuoc Industrial Park and build a new IP according to the criteria of the ecological industrial zone.
However, moving existing industrial zones to eco-industrial parks is a big challenge for the city because of the huge cost of infrastructure restructuring, relocation of enterprises that do not meet technological and environmental standards, technology expansion, and attraction of investment projects according to new criteria.
In addition, the model of urban-service industrial zones as per the Decree 82/2018 also needs to be studied and implemented, intending to form a synchronous area in terms of technical and social infrastructure.
Furthermore, it will improve the operational efficiency of the IZ and link the development of the IZ with the urbanization process in the localities.
Last but not least, it will solve housing problems, cultural and sports facilities, and other social facilities to ensure the lives of workers in the industrial park; thereby, contributing to the reasonable population distribution in key areas where many industrial zones are concentrated.
It can be seen that the investment in EPZs and IZs in Ho Chi Minh City is facing difficulties because of the limited land area and high land-use costs. Therefore, it is necessary to determine an appropriate route to gradually transform the existing EPZs and EPZs into more efficient models.