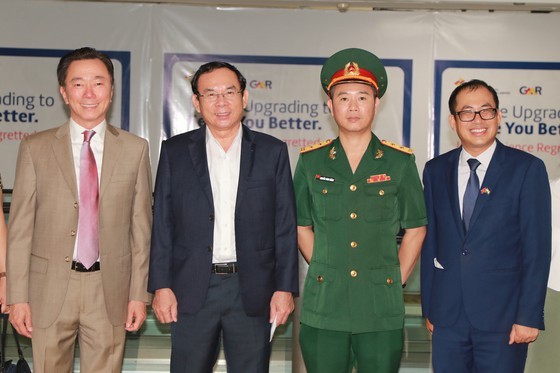 Ambassador of Vietnam to India Pham Sanh Chau and officials of the Embassy of Vietnam in India received the delegation in New Dehli.
The visit is part of the activities to celebrate the 50th anniversary of diplomatic relations between Vietnam and India. It aims to further promote cooperation activities between the two countries, strengthen the Vietnam-India strategic partnership, and learn about India’s policies and potential to seek cooperation opportunities.
The HCMC’s delegation will meet India’s leaders, attend an inauguration ceremony of the statue of President Ho Chi Minh in New Delhi, and sign an agreement on establishing a cooperative relationship between HCMC and Mumbai. 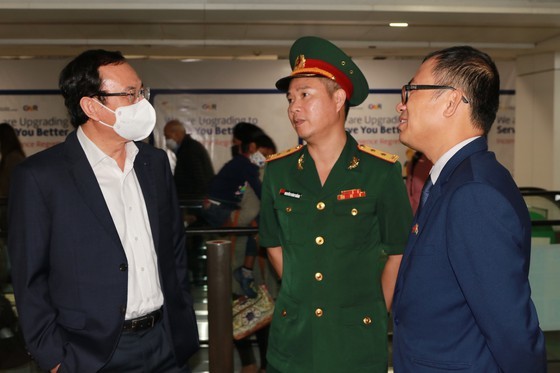 Secretary of HCMC Party Committee Nguyen Van Nen (L) meets officials of the Embassy of Vietnam in India. (Photo: SGGP)
According to the HCMC Department of External Relations, India is one of the three strategic partnerships of Vietnam since 2016. Since Vietnam and India established diplomatic ties in 1972, bilateral relations have been deepened. Despite the difficulties and impacts caused by the Covid-19 epidemic, the two countries held phone talks, and virtual meetings and carried out bilateral cooperation mechanisms.
Chairman of the Vietnam Nation Assembly Vuong Dinh Hue had a four-day official visit to India last December. Speaker of the Indian Lok Sabha Om Birla paid an official visit to Vietnam from April 19-21, including HCMC.
India is one of Vietnam’s ten largest trading partners. Two-way trade between Vietnam and India in 2021 surpassed US$13.21 billion. Vietnam spent US$6.95 billion on imports from India and exported products worth US$5.26 billion to this country, up 36.6 percent over 2020. As of December 2021, India ranked 25th out of 140 countries and territories investing in Vietnam with 313 projects, total registered capital of US$910.4 million.