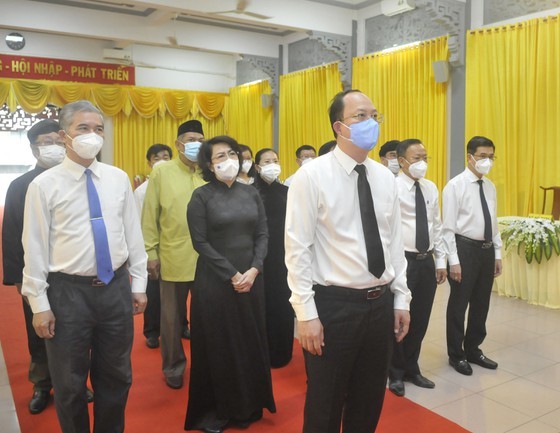 Vice Secretary of the Municipal Party Committee Nguyen Ho Hai praised great contribution of Thich Pho Tue in the cause of building and developing the country and expressed his heartfelt condolences to the Buddhist Sangha of Vietnam, Buddhist dignitaries, monks and followers.
Most Venerable Thich Pho Tue, Supreme Patriarch of the Patronage Council of the Vietnam Buddhist Sangha (VBS), passed away on October 21 at the age of 105. He is former Vice President of the VBS’s Executive Council, head of the executive board of the VBS chapter in former Ha Tay Province (now part of Hanoi), member of the Vietnam Fatherland Front Central Committee and head of the Vien Minh (Rang) Pagoda in Quang Lang commune of Hanoi’s Phu Xuyen District. 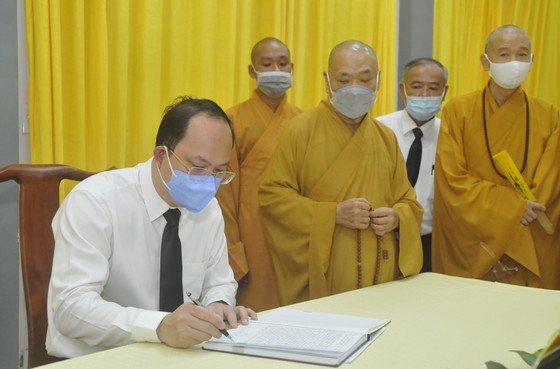 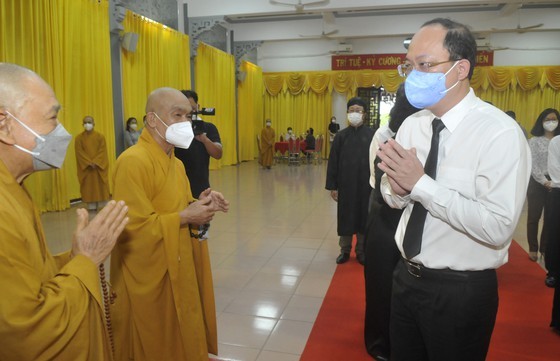 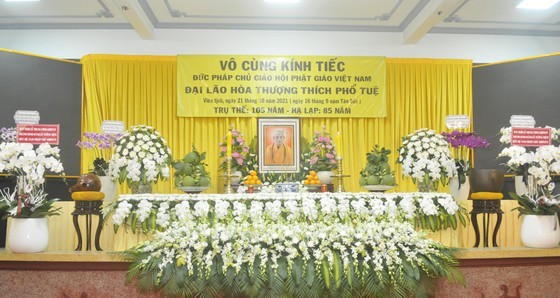