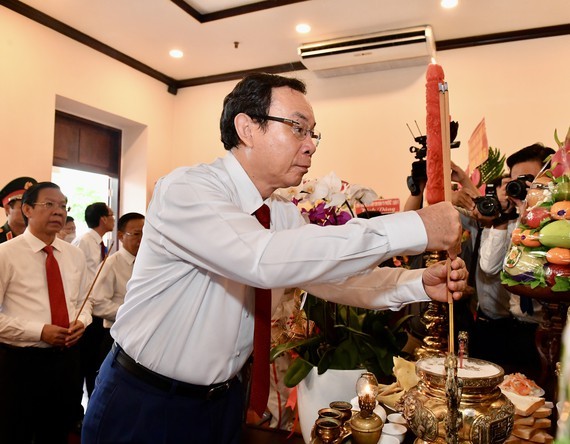 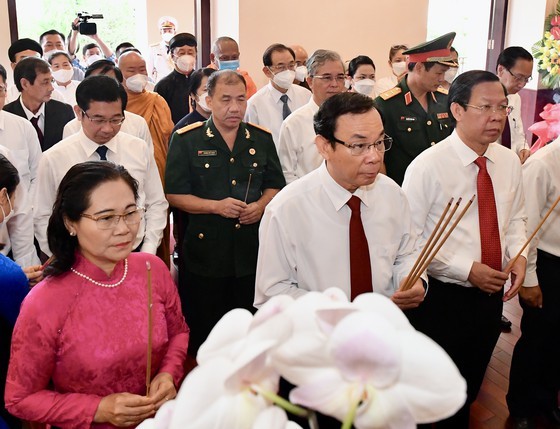 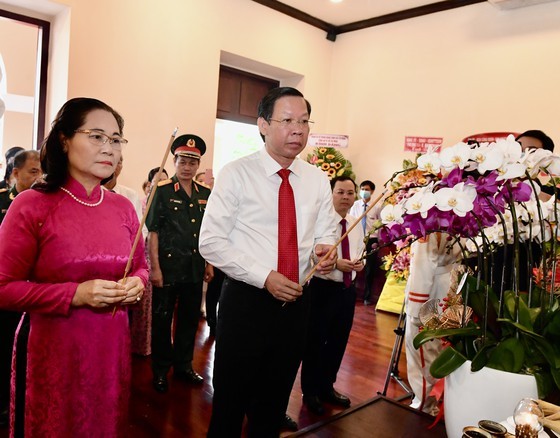 Chairman of the People’ Committee of the city Phan Van Mai and Chairwoman of the municipal People’s Council Nguyen Thi Le, offer incenses to late President Ho Chi Minh.
The city’s leaders remembered the revolutionary life and the great contributions made by late President Ton Duc Thang, an eminent worker and venerable leader of the Vietnamese worker class, whose life and career is a great moral example of a true communist soldier. The late president went through severe hardships in wartime and devoted his entire life to the cause of national liberation.
On the same day, the delegation offered flowers at Ho Chi Minh Statue Park in front of the City Hall in Nguyen Hue walking street in District 1.