At the meeting
The statement was made by Chairman of the HCMC People’s Committee Phan Van Mai at a meeting on the city’s socio-economic situation in the first half of the year that was held on June 29 with the participation of Secretary of the Party Committee of the city Nguyen Van Nen and Chairwoman of the municipal People’s Council Nguyen Thi Le.

Problems of administrative procedures are the biggest obstacles that have affected the attraction of capital resources, public investment disbursement and impeded capital flows into trade and business production, he said.
The city’s chairman asked departments and agencies to focus on solving barriers to promptly handle requests of individuals and businesses to speed up the economy. 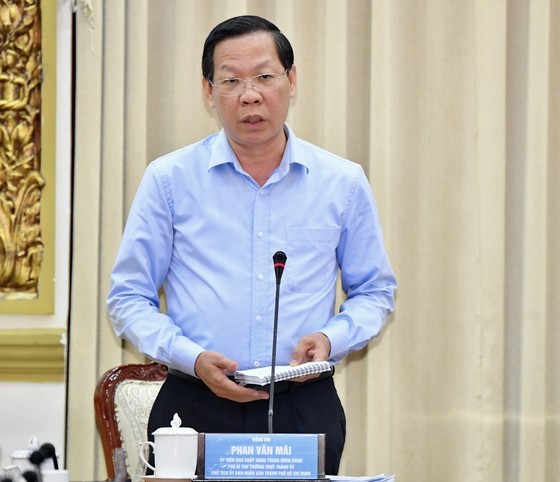 Chairman of the HCMC People’s Committee Phan Van Mai speaks at the event.
Speaking at the event, Director of the Planning and Investment Le Thi Huynh Mai said that the city’s socio-economic situation has recovered from the impact of Covid earlier than expected, building trust among businesses and people.

In the first six months of the year, the city’s gross regional domestic product (GRDP) exceeded US$728.7 trillion (US$31.32 billion), a year-on-year increase of 3.82 percent compared to the third and fourth quarters of 2021 that was dropped -24.97 percent and -11.64 percent respectively. The second quarter is expected to see an increase of 5.73 percent, presenting the city’s effective business support policies and strong recovery of social-economic activities, she said.
Some economic sectors are showing low growth, such as the production of motor transport vehicles falling 36.3 percent, beverage production down 22.4 percent, manufacturing chemicals and chemical products down 21.4 percent, and other processing and manufacturing industries down 16.6 percent. 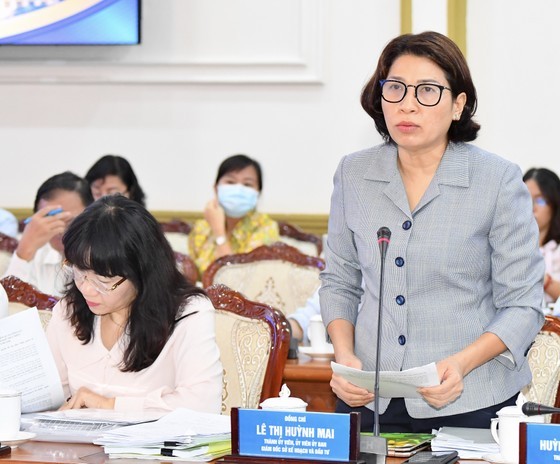 Director of the Planning and Investment Le Thi Huynh Mai gives a report at the meeting.
Additionally, the disbursement of public investment capital fell below targets and the city’s ranking in the Public Administration Reform Index dropped to 43 from 23 in 2020.