Currently, the National Highway No 22 which is the only road connecting HCMC and Tay Ninh province, the international gateway to the ASEAN countries is usually overloaded. The new expressway is expected to reduce traffic pressure on the National Highway No 22 and contribute to the economic and social development of the city, Tay Ninh province and neighboring countries, including Cambodia.

In October, 2019, the Ministry of Transport in coordination with the People’s Committees of HCMC and Tay Ninh province held a conference on signing a cooperation agreement to build the HCMC-Moc Bai expressway.
The project is set to start its construction in 2021 and slated for completion by 2025.
The HCMC-Moc Bai expressway project has a total length of 53.5 kilometers with four lanes, starting from the Ring Road 3 in HCMC’s Hoc Mon District, spanning over Vam Co River and linking up to Moc Bai International Border Gate in Tay Ninh province.
The highway which costs nearly VND13.6 trillion (US$589 million), including the cost of compensation of VND5,100 billion (US$221.3 million), will be implemented under public-private partnership model, following the build-operate-transfer (BOT) format having state budget support.
The first phase will include the 33km four-lane section from HCMC to Trang Bang with four lanes deisgned for a speed of 120 km per hour while the second phase will build the 20.5km section with the design speed of 80km per hour from Trang Bang to Moc Bai that will be expanded to 6-8 lanes.
In 2021, the project management units will implement the site clearance, compensation and resettlement for households affected as well as choose investors.
The HCMC-Moc Bai expressway will connect not only trans-regional economies to each other, including HCMC, Tay Ninh Province and the southeastern region; but also multi-country economies, such as Thailand, Malaysia and Singapore, said chairman of the People’s Committee in Tay Ninh Province, Nguyen Thanh Ngoc.
The highway will have intersections at ring roads No 3 and 4 in HCMC, reducing the time of passenger and goods transport between the southeastern region and Cambodia via Moc Bai Internatinal Border Gate, he added.
Vietnam’s southern provinces and Cambodia currently share the border line of more than 1,000km. Moc Bai is the most important border gate for the import-export trade between the southestern region, HCMC and Cambodia.
The People’s Committee of Tay Ninh Porvince has coordinated with relevant and functional departments to complete the pre-feasibility study report of the expressway to submit for approvals of the People’s Councils of the province and HCMC, Tay Ninh Province’s leader said. 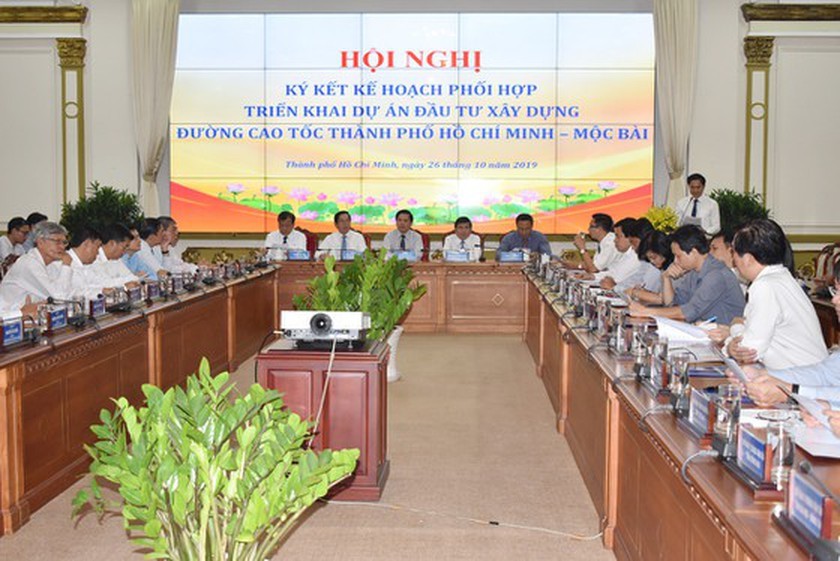