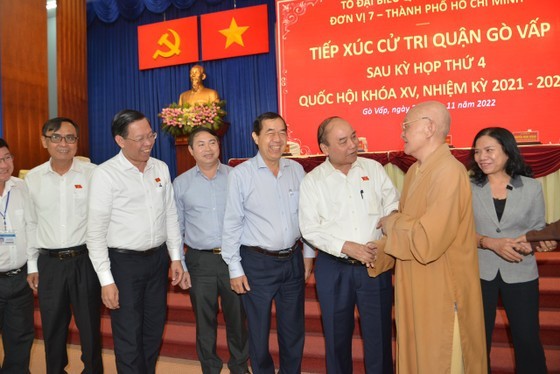 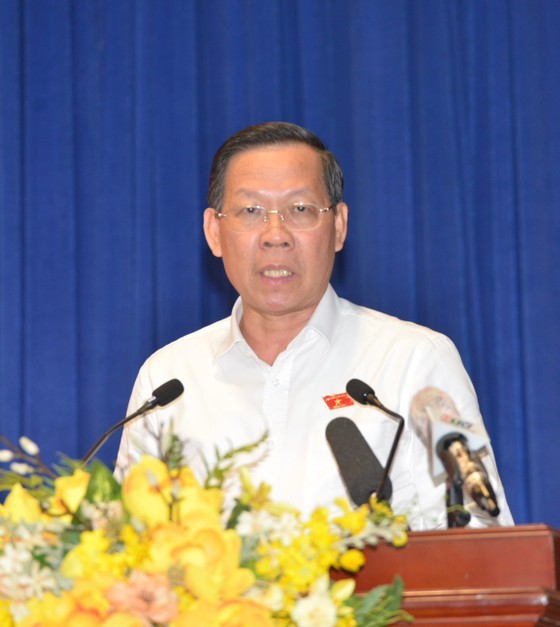 Speaking with the voters, Chairman Mai recorded voters' opinions about policies for non-specialized forces which are being performed in accordance with the current regulations. During the passing time, HCMC has had preferential policies to increase the income for these forces.
Chairman Mai shared that the Executive Board of the Party Committee has just given opinions on the rearrangement of organizations under wards and communes. Accordingly, there will be one level, including quarter and hamlet equaling to ward.

It is expected that the whole city will have 5,242 hamlets and quarters after rearrangement and the number of people working for this level would not exceed 26,000. The number is 50,000 people before the rearrangement.

Speaking at the meeting, Chairman of the Ho Chi Minh City People’s Committee Phan Van Mai confirmed that during the passing time, the city leaders have directed relevant units and functional agencies to dramatically investigate and strictly handle the cases related to black credit, online fraud and debtors who have been called, texted, cursed at and threatened.

However, the functional forces have faced difficulties as loan shark organizations used foreigners and sophisticated high technologies for their activities.
The HCMC Chairman stated that residents should remain vigilant about advertisements on online lending to avoid being cheated.