Speaking at the meeting, Deputy Minister of Home Affairs Tran Anh Tuan said that delegates’ opinions on the regulations and implementation guidance on organizing urban administrative units in HCMC collected from the previous working session on December 19 have been revised and quickly completed.

After the new city will be put into operation starting on March 1, the missions of the People’s Councils of Thu Duc District, districts 2 and 9 will also come to an end.
Therefore, the City People’s Committee has proposed a suggestion of remaining missions of finance and budget of the three districts. Accordingly, the income and expenditure accounts of people’s committees of wards and units of three districts in 2020 and first months of 2021 must be submitted to the People’s Committee of Thu Duc City.
The People’s Committee of the new city must report its income and expenditure account in 2020 and first months of 2021 to the People’s Council of the same level for approval before submitting to the People’s Committee of HCMC and the HCMC Department of Finance.
At the meeting on December 19, HCMC’s government announced that it will organize an announcement ceremony of the resolution No. 1111/NQ-UBTVQH14 on arranging administrative units at district and commune levels in the 2019-2021 period and establishing Thu Duc City in Ho Chi Minh City on December 31. 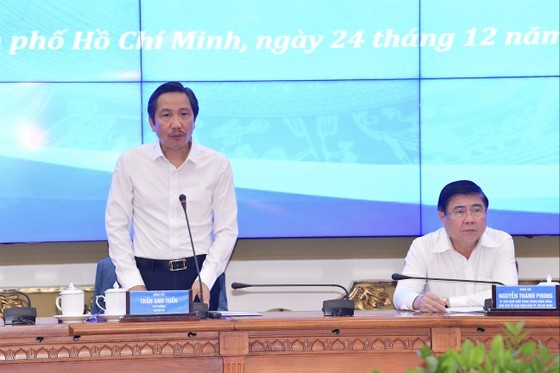