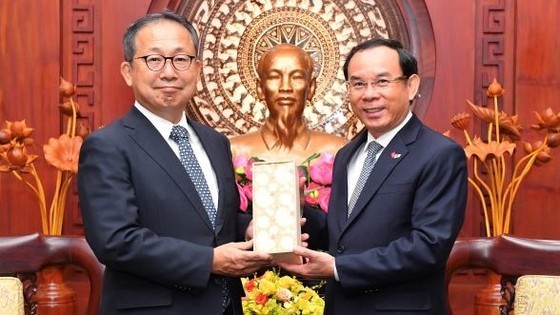 At the reception, the city Party chief appreciated the development of the comprehensive cooperation relations between Vietnam and Japan; and the city leader sent his sincere thankfulness to the Government and people of Japan for timely supporting more than 3.5 million doses of vaccines, medical equipment and supplies for Ho Chi Minh City during the fight against the Covid-19 pandemic.
Mr. Nen also informed the economic recovery of Ho Chi Minh City in the post-Covid-19, thereby showing the great potentialities of the city. Besides, the Secretary is unanimous about the proposals of ambassador Yamada Takio related to the implementation of new investment and cooperation projects between Ho Chi Minh City and Japan such as projects related to climate change, green energy, wastewater treatment, anti-saltwater intrusion and so on.

At the current time, Ho Chi Minh City is urgently completing the construction of Metro Line No. 1 under cooperation with Japan to soon put it into operation in 2023, added Mr. Nen.

As for Japanese ambassador Yamada Takio, he appreciated the important position of Ho Chi Minh City in relations with Japan, especially in economic relations with more than 10,000 Japanese people living in HCMC and over 700 Japanese companies operating in the city.
Vietnam has ranked first in the countries attracting investment from Japanese companies in three recently consecutive years. Therefore, Japan is planning to cooperate with Vietnam to kick off activities to celebrate the 50th anniversary of the establishment of diplomatic relations between the two countries in 2023, especially activities in Ho Chi Minh City. The Japanese side is ready to continue to finance key projects in Vietnam through ODA and low-interest loans. 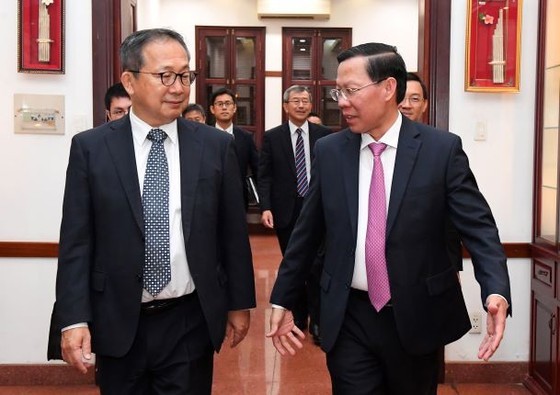 On the same day's afternoon, Ambassador Extraordinary and Plenipotentiary of Japan to Vietnam Yamada Takio had another meeting with Chairman of the municipal People’s Committee Phan Van Mai.
At the meeting, the city’s chairman desired to boost cooperation relations between HCMC and Japan’s localities in the fields of trade and investment, infrastructure, green development, culture, education, and so on.

Regarding Metro Line No.1, Mr. Mai said that the project has completed 93 percent and is expected to start trial run next month before operation of the entire route in 2023.