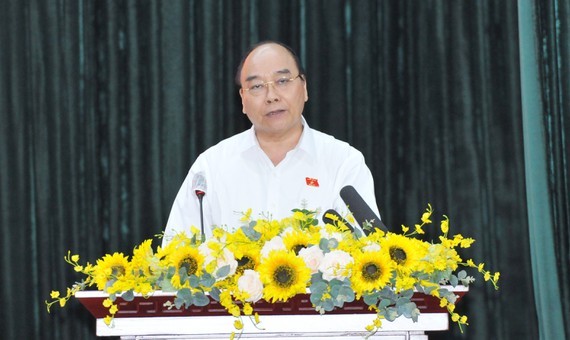 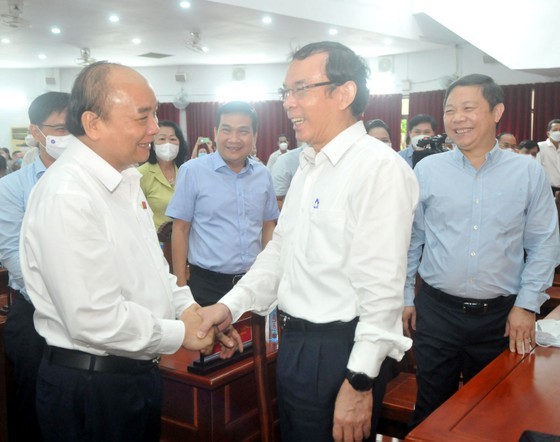 State President Nguyen Xuan Phuc (L) shakes hands with Secretary of the HCMC Party Committee Nguyen Van Nen (R)
HCMC has quickly resumed production and established mission teams to solve problems for every project and social issue. Many daily activities have been allowed to resume while residents return to normal life. The city taking a leading role in resuming socio-economic activities showed the great determination of every district, ward and commune throughout the city.

The city has actively recovered the trade flows, created jobs, provided assistance to those in need and strongly kicked off the main pillars of the city's economic development of investment, consumption and export. 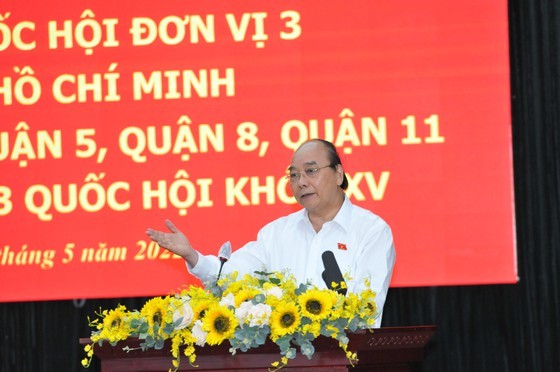 State President Nguyen Xuan Phuc speaks at the meeting.
The State President stressed that HCMC needs to continuously carry out the economic restructuring plan that was approved. The city and districts must focus on promoting the new and creative economy, improving the trading and investment environment and reforming administrative procedures, solving obstacles for projects and residents’ complaints, and ensuring the people’s rights. 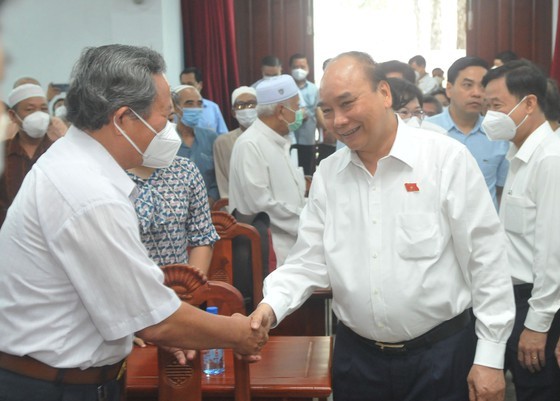 State President Nguyen Xuan Phuc (R) meets voters of districts of 5, 8, 11.
Voter Le Thi Tuyet from District 11’s ward 1 suggested that the financial assistance policy for old people without pension should be reduced down to 75 instead of 80 years old as normal regulations.

Voters of the Cham and Chinese ethnic groups were interested in policies supporting students of ethnic minorities, such as the opening of more Vietnamese Chinese bilingual schools, day-boarding kindergartens and vocational schools for children, students and women of the Cham ethnic group. 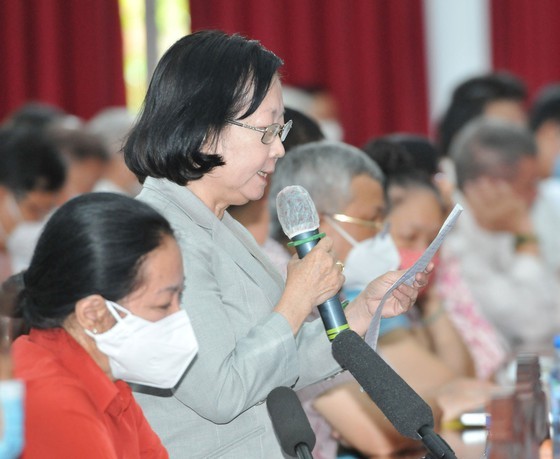 A voter speaks at the meeting.
Voters of the three districts proposed that the city should pay attention to the infrastructure development, such as the development of transport infrastructure to prevent the reduction of working capacity, stop wasting time and improve environmental pollution; implementation of investment plans of Ring Road No.3, No.4 projects, expansion of Cat Lai Port, the National Highways No.13, 22 and 50; issuing special mechanisms to ease congestion on roads.

They also suggested the municipal authorities fight against corruption, improve the quality of education, launch assistance policies for individuals and families credited with meritorious service to the country, and carry out propaganda on national sovereignty over sea and islands.