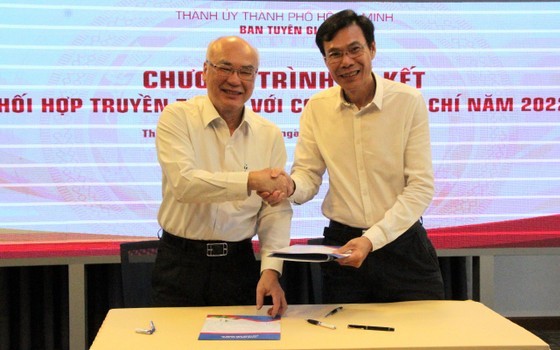 The program is an opportunity for press agencies to closely coordinate in providing information about the city, contributing to promoting the socio-economic development of the city.
Since 2016, Ho Chi Minh City and press agencies have co-signed a communication cooperation program. By 2019, following the policy of the Standing Committee of the Ho Chi Minh City Party Committee, the signing of the media cooperation program was expanded to central and local press agencies.

Amid the complicated Covid-19 pandemic outbreak in 2021, to inform and propagate information about Ho Chi Minh City, the central and city press agencies published nearly 100,000 news, articles, photos and press products under the forms of infographics, e-magazines; over 1,000 television programs, products and video; nearly 500 radio programs and products. 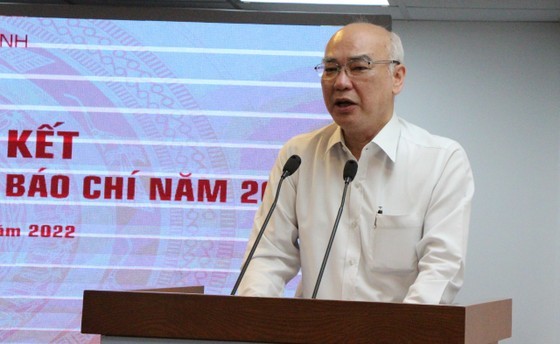 Head of the Propaganda and Education Board of the City Party Committee Phan Nguyen Nhu Khue speaks at the event.

Speaking at the event, Head of the Propaganda and Education Board of the City Party Committee Phan Nguyen Nhu Khue said that the cooperation signing has created a close attachment between the management agencies and the media, contributing to orienting information for the development of Ho Chi Minh City.
In the upcoming time, Ho Chi Minh City will start works on many big projects, notably the construction and investment project of Ring Road No.3, completion of the draft resolution to propose to the Central to replace Resolution 54 on specific mechanisms for the city development, preparedness of celebrating the 50th anniversary of National Reunification Day. Therefore, Mr. Khue desired that the press agencies would strengthen on propagandizing major activities and events of Ho Chi Minh City, the implementation of the city’s major projects. 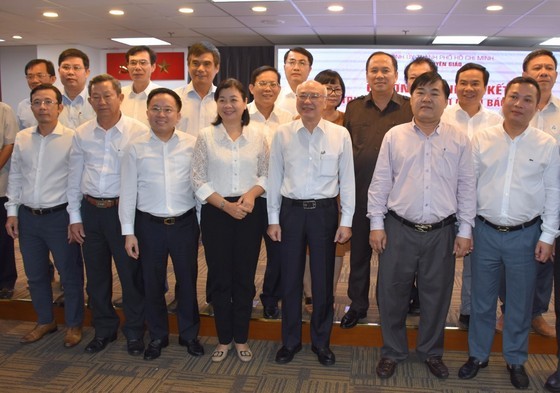