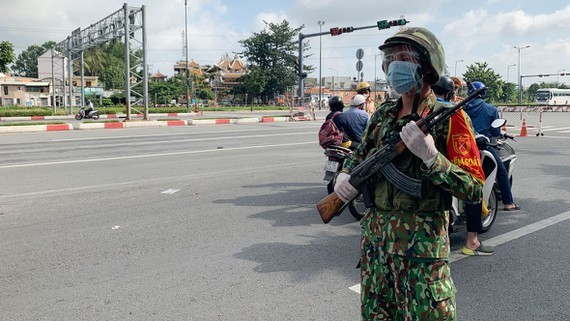 Military forces at a checkpoint in Thu Duc city on August 23. (Photo: SGGP)
Checkpoints across the city are run by a number of forces, including traffic police, militia and self-defense force, and local watchmen on duty.

The checkpoints are organized into small groups to strictly review the documents of people traveling by. Those without a valid travel pass are fined or forced to turn back. 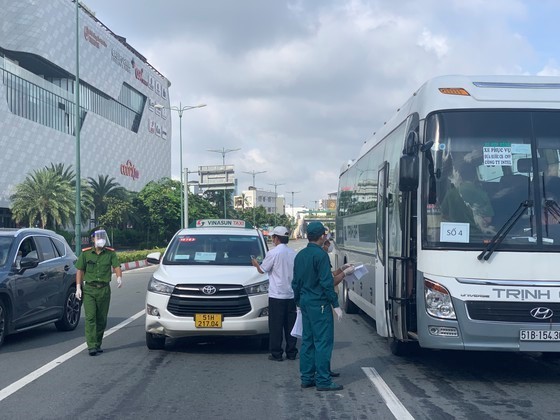 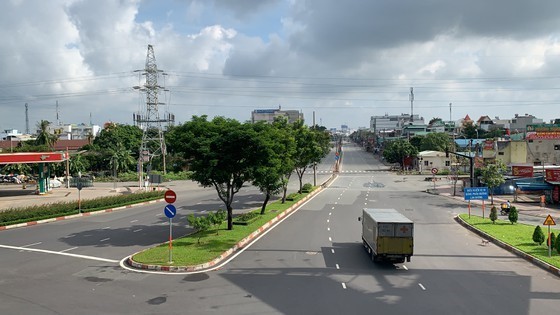 The streets are mostly deserted. (Photo: SGGP)
Nearly 20 officers and troopers from various units this morning were deployed at the Pham Van Dong - Road 20 intersection in Thu Duc City, where people were closely observing the social distancing regulations.
As observed by SGGP Newspaper’s reporters, about 15 people on motorbikes passed through this checkpoint within 15 minutes, most of whom were doctors, nurses, public servants and those allowed to go outside according to HCMC’s regulations. 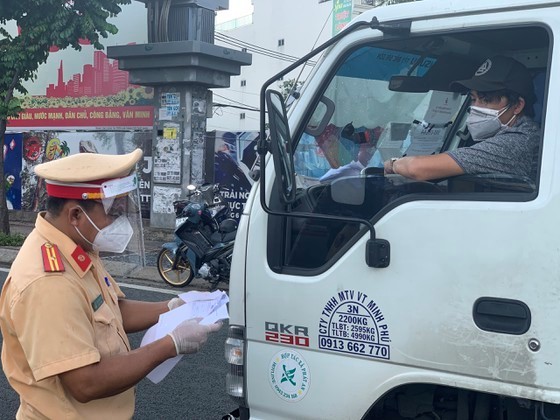 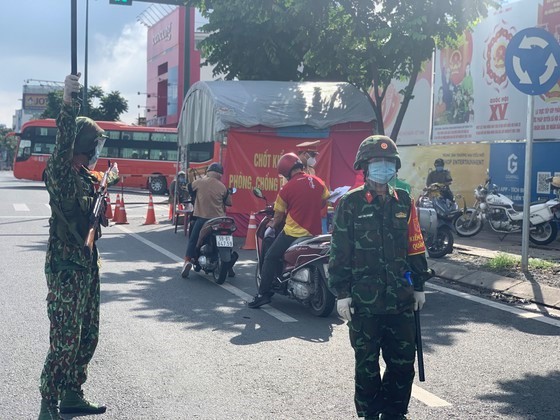 Military forces at a checkpoint in Thu Duc City. (Photo: SGGP)
In Thu Duc City, 30 officers from the municipal Military Command in the evening of August 22 were dispatched to Hiep Binh Chanh Ward to help local forces to man the checkpoints, as well as distribute food rations to the residents. 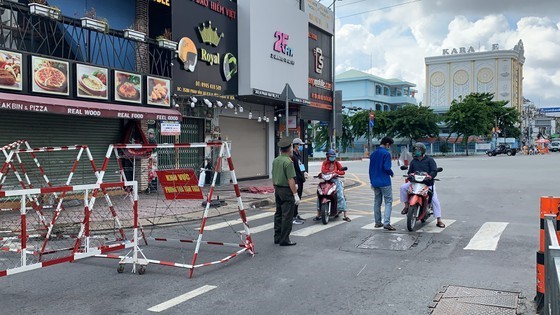 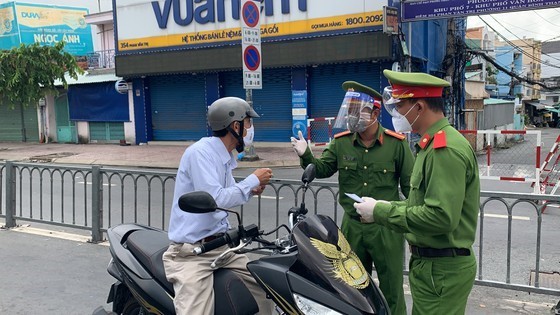 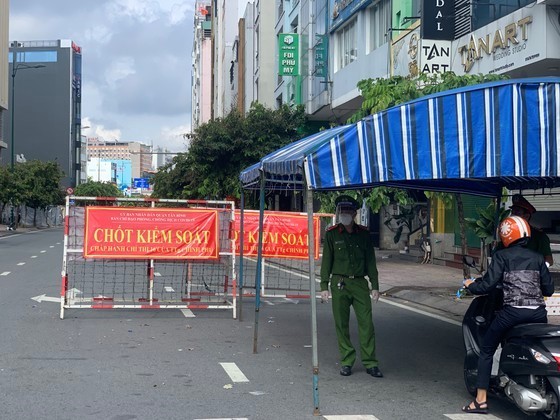