Those subsidized bus routes will travel to major economic and residential zones such as coach stations and hospitals. 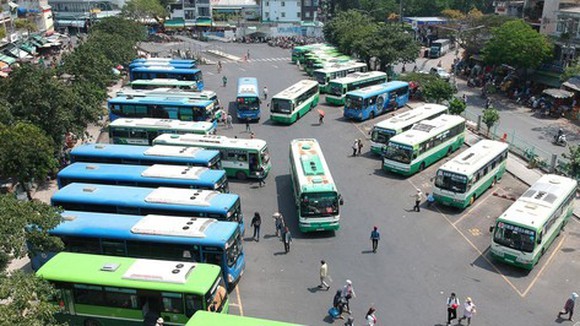 Those bus lines will operate from 5 a.m. to 6 p.m. daily, especially, bus line No.74 will operate at Cu Chi bus station from 4:30 a.m. to 5:30 p.m. and at An Suong bus station from 5:30 a.m. to 6:30 p.m.
In accordance with the pandemic prevention and control requirement, all the buses have to be equipped with hand sanitizer gels for customers, recycle bins with cover, do not switch on air conditioner machines or open at the temperature of under 26 degrees Celsius in case of necessity.

Besides, all the buses will operate a maximum of 50 percent of their capacities and it is recommended to install splash protection in the cabin area to limit the contact between drivers and customers.

Earlier, from 5 p.m. of October 5, four bus lines were permitted to resume their operations in Can Gio District with 50 percent of their capacity compared to the previous time, including bus route No.77 running through Dong Hoa and Can Thanh, route No.90 (Binh Khanh – Can Thanh), route No.127 (An Thai Dong- T-junction Ba Xan) and route No.128 (Tan Dien – An Nghia).
It is expected that the city will consider permitting the resumption of more bus lines based on the pandemic control situation of each locality from November 1.