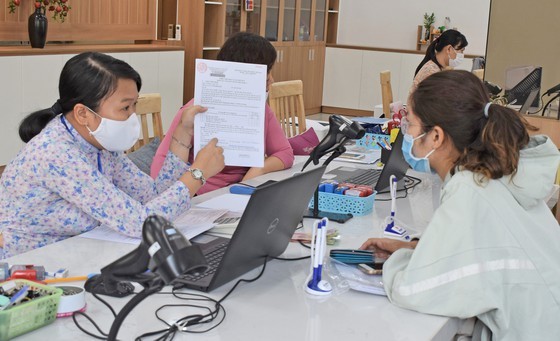 Head of the Home Affairs Division in District 11 To Thi Thanh Thuy reported that when applying the new urban administration model, there is a surplus of over 20 state officers who used to occupy various positions in the old People’s Councils of the district and its 16 wards.

Therefore, after directly meeting each of these officials and listening to their opinions, the Party Committee and People’s Committee of the district have transferred them to new suitable positions for the next tenure.

Similarly, in district 10, observing the content of Resolution No.131 by the National Assembly on the organization of the new urban administration model, the District People’s Council still operates until June 30, 2021.

Then, according to their own wish, the current state officers in the People’s Councils of the district as well as its wards will be designated by the District Party Committee to new positions.

Statistics from the HCMC Department of Home Affairs reveal that in the 2016-2021 tenure, the number of deputies in the People’s Councils of 19 districts was 757, among whom were 76 state officers and 68 specialized deputies.

Regarding the ward level, in HCMC, there were over 7,300 deputies, among whom were 256 state officers and 248 vice chairpersons for each ward-level People’s Council.

The HCMC Home Affairs Department has begun the huge designation task with inner transfers within each district, and then inter-transfers among districts in the city. After that are the considerations for those wishing to stop working or not being able to continue their job. All tasks are supposed to finish before July 1, 2021.

This human resources scaling-down is expected to positively boost work performance since administration and staff management tasks will be simpler. Meanwhile, since there will be no more People’s Council at district or ward level, the localities will have to be more transparent, active, responsible in reporting the current socio-economic status of the area under their duty.

According to the localities of District 1, as instructed in Decree No.33 about the methods to implement Resolution No.131, before each HCMC People’s Council meeting, the District People’s Committee must discuss current matters with representatives of the community.

Also, President of the HCMC Fatherland Front Committee To Thi Bich Chau stated that her committee will more effectively perform the monitoring duty in order to ensure the right of the public, focusing on sensible supervision assignment to avoid overlapping or missing urgent issues. Her organization will try to host more meetings between deputies of the HCMC People’s Council and citizens to guarantee democracy.

Lately, the monitoring tasks to activities like taking care of the poor, raising funds from the community, carrying out administrative reform, ensuring public security, as well as daily work of state officers, have been done successfully in many districts. These tasks will be maintained in the future.

More importantly, in the new urban administration model, the HCMC People’s Council will receive more duties and power to be able to decide the budget allocation for each district, monitor activities of the district-leveled People’s Committees and People’s Courts, People’s Procuracy.