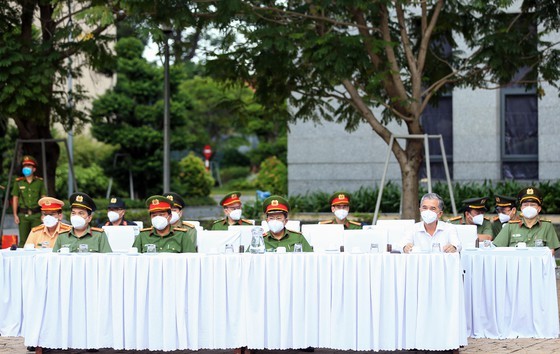 At the departure ceremony (Photo: SGGP)
Major General Le Hong Nam, director of the municipal Department of Public Security said that the program aims to tighten measures against crimes and criminals that may increase, especially types of crime including robbery, theft and burglary, illegal drug use, illegal 'black credit' and illicit consumption of stolen assets.

He asked the police departments of districts and Thu Duc City to actively create action response plans to protect national security and maintain social safety and order, and ensure that losses are kept to a minimum as well as strengthen patrol, inspection and control duties. 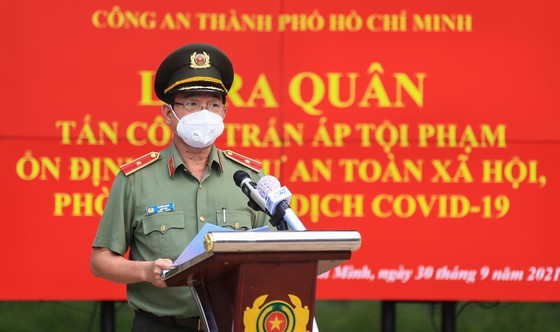 Major General Le Hong Nam, director of the municipal Department of Public Security speaks at the event. (Photo: SGGP)
In addition, the police units must promote propaganda on Covid-19 regulations, encourage people not to rush back to homelands and cause serious congestion because Covid-19 checkpoints were more crowded.
Speaking at the event, Vice Chairman of the HCMC People’s Committee Ngo Minh Chau highly appreciated outstanding contribution of the city’s police to the prevention and control of the pandemic in the city. The municipal authorities have called on the whole political system, including the city’s Department of Public Security that is always be the frontline force to join hands in the combat against the virus. 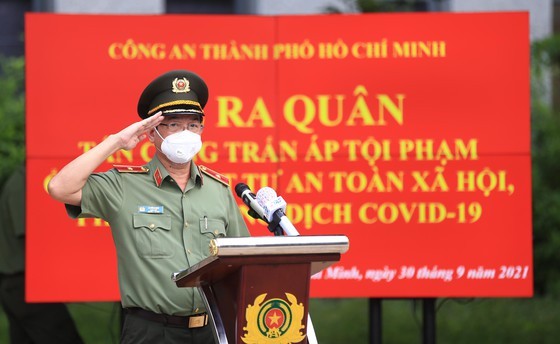 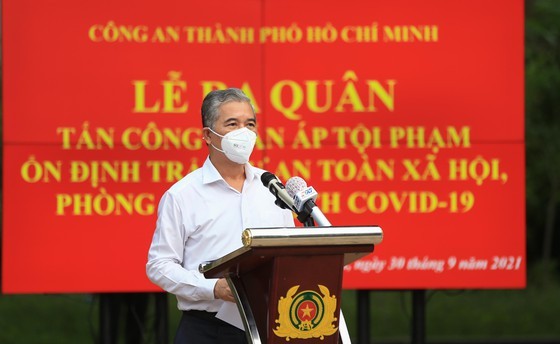 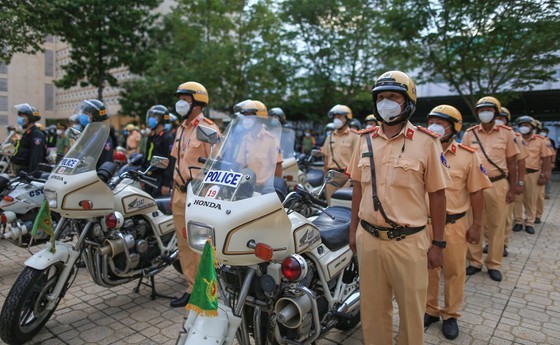 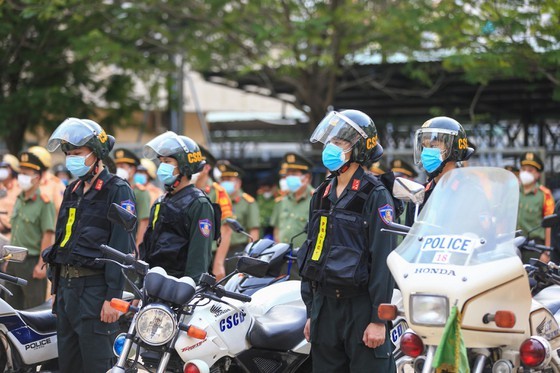 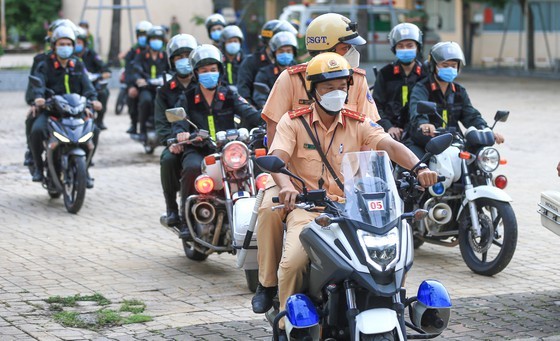 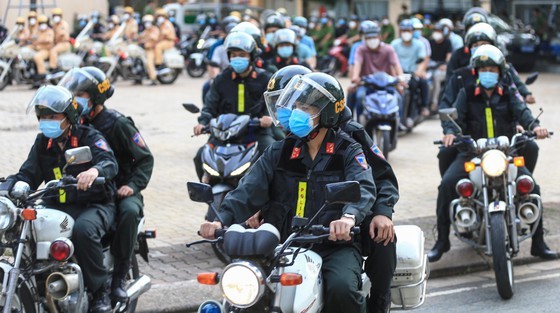 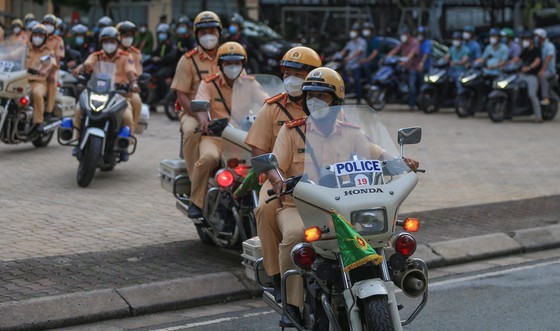 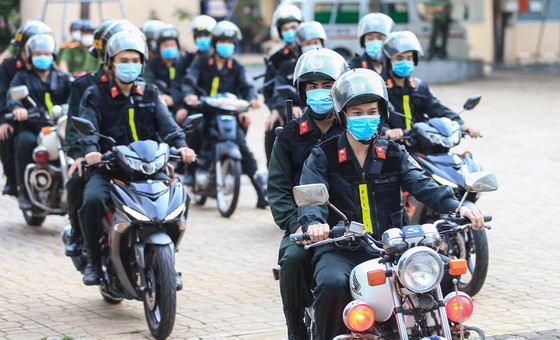 The HCMC Department of Public Security launches a campaign to crack down on criminals to maintain social order after some restrictions have been slightly eased in the city. (Photo: SGGP)