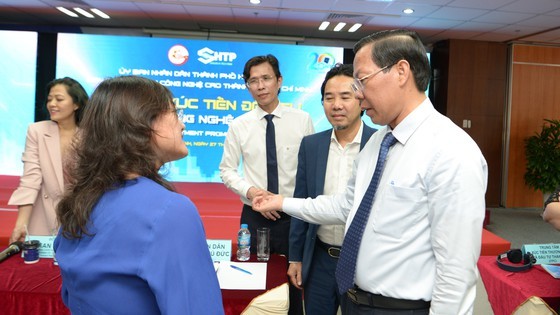 “Besides attracting new investments, we also need to restructure existing ones. The city is responsible for creating the space, legal framework, and conditions to support enterprises to increase the value of projects," Mr. Phan Van Mai emphasized.


Since its establishment in 2002, SHTP Management Board has granted investment registration certificates to 163 projects, with a total investment capital of over US$12 billion. Of which, FDI capital is over $10.1 billion, and domestic capital is over $1.96 billion. The accumulated total value of high-tech production of the SHTP is estimated at $120.307 billion, with export value at $112.024 billion and import value at $105.299 billion. Up to now, SHTP has formed strong ecosystems in the fields of electronics - IT, biotechnology - pharmaceuticals, precision mechanics – automation, and new material technology.
Ms. Le Bich Loan, Deputy Head of SHTP Management Board, announced preferential policies for investment in SHTP, as well as projects, such as smart factories and logistics centers, and introduced investors to the Science Park, which prioritizes research and development projects and activities.

On this occasion, SHTP Management Board gave investment adjustment certificates to three projects with an additional investment capital of more than $841 million and VND180 billion. 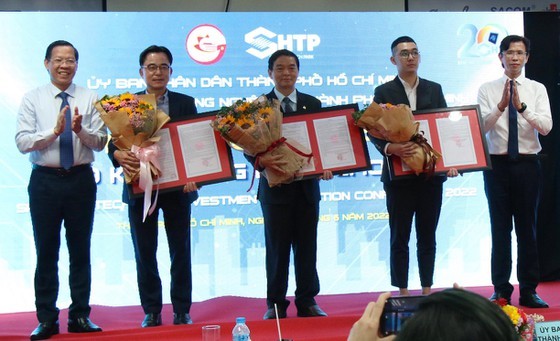