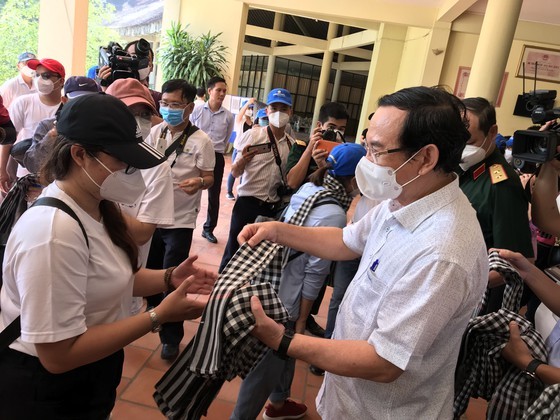 Delegators offered incense at the Saigon - Gia Dinh Revolutionary Traditional Area, Ben Duoc Temple - the place to commemorate the heroes and martyrs who died in the resistance wars against the French and the American, the historical relic sites and tunnels, and the model of countryside market in the liberated area.
They also visited Ba Den (Black Lady) Mountain, famous for its majestic landscapes and magnificent caves and pagodas and part of the Nui Ba Relic Complex in the Southern Province of Tay Ninh.
Afterwards, Mr. Nguyen Van Nen attended a meeting with frontline forces fighting the Covid-19 epidemic on the top of Ba Den mountain. On behalf of the leaders of Ho Chi Minh City, Lieutenant General Nguyen Van Nam, Commander of the Ho Chi Minh City Command, valued medical workers in HCMC and medical forces and doctors from all over the country for their great contributions to the city's fight against the epidemic, helping the city enter the new normal state.
In related news, the Ho Chi Minh City Steering Committee for Covid-19 Prevention and Control held a regular press conference to inform about the epidemic situation in Ho Chi Minh City on the afternoon of October 21. 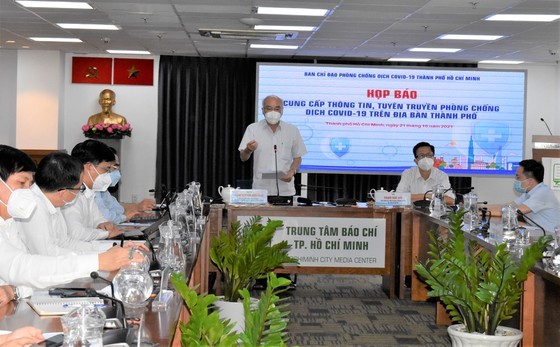 At the press brief
At the meeting, the committee revealed that Ho Chi Minh City Emulation and Reward Board will submit the list of frontline people who have participated in the fight against Covid-19 in the city to the municipal People's Committee for rewarding and honoring over 300 frontline people.

Speaking at the press conference, Deputy Head of Ho Chi Minh City's Steering Committee for Covid-19 Prevention and Control Pham Duc Hai expressed his gratitude to the frontline forces that participated in the battle against the city’s epidemic prevention when the city was hit by the fourth outbreak of Covid-19.

So far, city authorities have organized two solemn gratitude sessions, commending and rewarding tens of thousands of medical doctors, military medical officers, officers and soldiers of the armed forces.
For the question that many people in Ho Chi Minh City have not received support packages though administrations have given for three times, Deputy Director of the Department of Labor, Invalids and Social Affairs Nguyen Van Lam said 2,154,694 support packages have been transferred to districts, Thu Duc city which will present them to residents in needs. 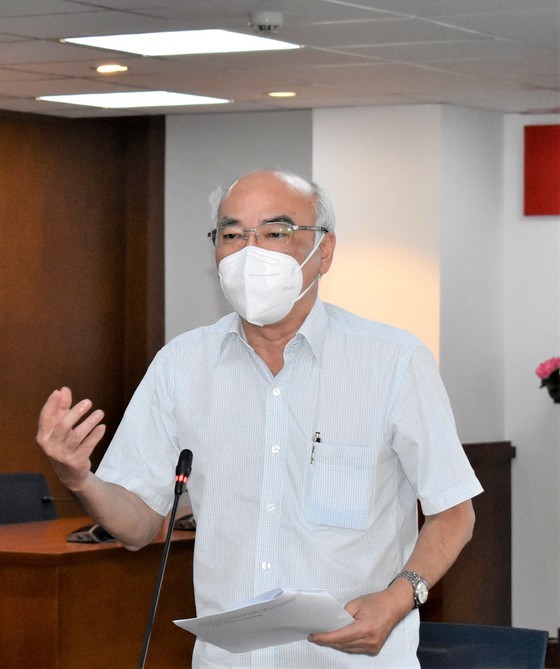