Accompanying the secretary were deputy chairman of the city People’s Committee Tran Vinh Tuyen and relevant agencies' representatives. Besides Phuoc Long depot, they inspected Ba Son depot, the station in front of Saigon Opera House and the tunnel linking up the two stations.

After the inspection, Mr. Nhan worked with HCMC Railway Management Board (MAUR). He asked the city People’s Committee and the board to learn from experience of some nations with developed metro lines and see how they have invested and developed the system.

The board should coordinate with the World Bank (WB) to organize a seminar to call for investment in the field. In addition, the city People’s Committee should prepare a plan to assign agencies to study a land use plan in roads along the metro lines. The plan should serve traffic and other purposes with specific implementation schedule.

Referring to difficulties in the first metro line, Mr. Nhan said that the Prime Minister has received the city’s proposal to advance VND2,158 billion on the central budget for the project and promised to consider it for the city to continue payment to contractors.

The jurisdiction of adjusting total investment capital for the project is likely to be devolved on the city. So Mr. Nhan prompted the city to complete capital adjustment approval procedures in April this year in order to continue building new phases of the project right after the central budget is allocated. 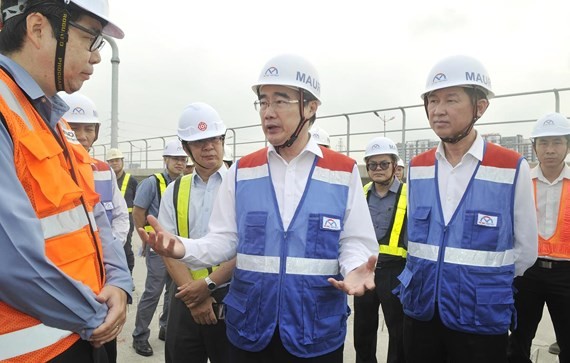 Currently, the done work volume of the project reaches 63 percent and it is planned to reach 80 percent this year.

The second metro line Ben Thanh-Tham Luong with the total length of 11.042 kilometers comprising 9.1 kilometers underground, 1.942 kilometers above the ground and ten stations has the total investment capital of VND26,116 billion (US$1,375 billion). 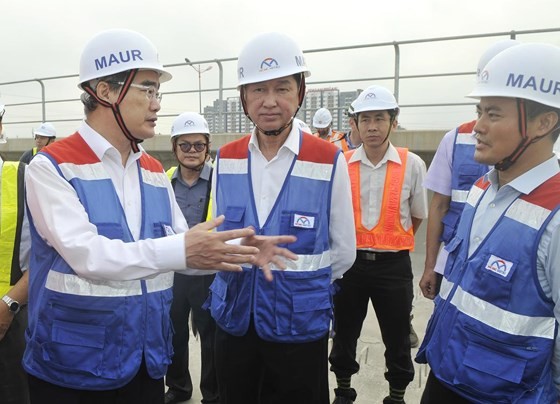 The project is now under the process of increasing total investment capital to VND2,134 billion (US$1.357 billion). So far, the project’s management office building at Tham Luong depot has been built. Bidding documents have been prepared for other items of the project.

Other metro lines are under the phase of doing investment procedures.

Mr. Bui Xuan Cuong proposed the HCMC People’s Committee to require relevant agencies to speed up total capital adjustment assessment and approval progress for the first and second metro lines after receiving official guideline from the Ministry of Planning and Investment.

To construction time extension for bid packages of the first metro line, MAUR has required NJPT consulting joint venture to review the overall progress of the entire project in accordance with practice to create a basis for extension consideration.

Problems beyond the jurisdiction of investors, the board will report to the city People’s Committee to provide timely guidelines. The board also suggested the Department of Planning and Architecture to work with the Department of Transport and Construction to study works to connect metro stations with other public transport system especially bus.

Aside from that they should study a plan to develop urban areas surrounding metro depots under the method which other nations have applied. Underground space planning, use and management are necessary to conduct researches at the moment to suit the common trend in urban development in HCMC.

Stating at the meeting, deputy chairman of HCMC People’s Committee Tran Vinh Tuyen said that the Ministry of Planning and Investment has collected opinions from ministries and agencies towards submitting to the Prime Minister a measure assigning HCMC to assess and approve total investment capital. 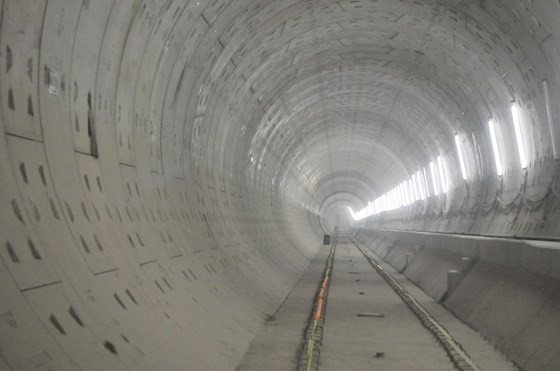 The underground stretch of Ben Thanh-Suoi Tien metro line in front of Saigon Opera House (Photo: SGGP)
Currently, the city has been using the city budget while waiting for the national budget to pay contractors of each specific bid package. The first metro will come into trial operation at the end of 2020, said Mr. Tuyen.

To the second metro line, the city People’s Committee will hire consulting firms to implement procedures to start construction. Districts have been conducting site clearance and compensation on time.