He was speaking at a two day conference on implementation of the tourism development cooperation agreement between HCMC and 13 provinces and city in the Mekong Delta in the first half of 2020 and missions in the second half.

According to Mr. Vu, HCMC and the Mekong Delta has implemented the cooperation agreement on tourism development for six months. Under the heavy impact of the Covid-19 pandemic, the two sides have striven to obtain initial results. For the last two months, over 50,000 tourists have registered tours provided by five big travel firms in HCMC to travel the Mekong Delta.
HCMC and provinces and city in the Mekong Delta has established an information exchange and communication mechanism to materialize the agreement. Aside from that demand stimulation activities have been boosted and training courses on small hotel and homestay management have been jointly implemented by the both sides.
HCMC has the advantage of MICE tourism (meetings, incentives, conferencing and exhibitions) while the Mekong Delta has the advantage of ecotourism. The connection between HCMC and the Mekong Delta for the last past has promoted the two sides’ advantages, he said. 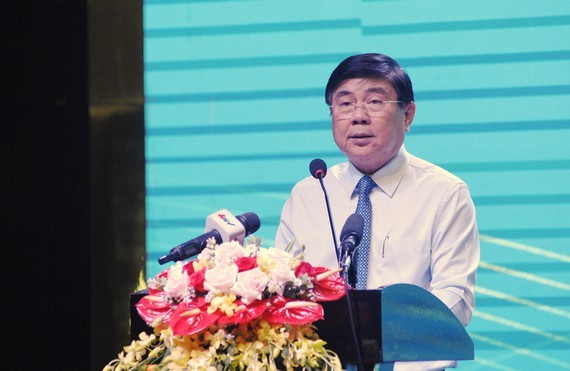 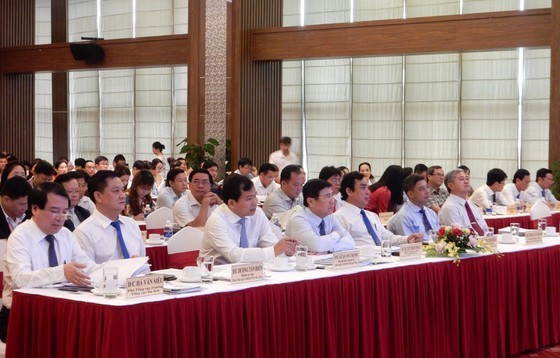 Delegates at the conference (Photo: SGGP)
At the conference, a council on tourism development cooperation between HCMC and 13 provinces and city in the Mekong Delta was established. Chairman of HCMC People’s Committee Nguyen Thanh Phong is chairman of the council while vice chairmen of provincial and municipal people’s committees in the Mekong Delta are deputy chairmen and members of the council. 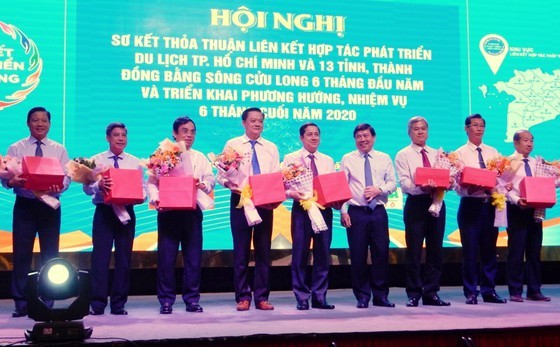 A council on tourism development cooperation between HCMC and 13 provinces and city in the Mekong Delta was established on July 4 (Photo: SGGP) 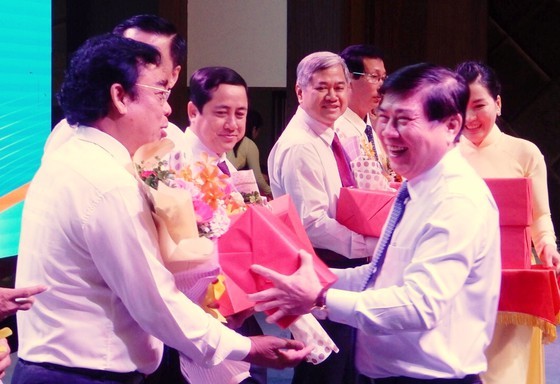 Mr. Nguyen Thanh Phong gives souvenirs to members of the council (Photo: SGGP)
Chairman of HCMC People’s Committee Nguyen Thanh Phong said that the Covid-19 pandemic has resulted in unprecedented fall in the number of tourists and revenue. Specifically, the number of visitors to HCMC merely reached 9.4 million people in the first six months of 2020, a year on year decrease of 54.7 percent, revenue dropped 49.6 percent to VND34 trillion ($1.46 billion). Similarly the Mekong Delta reported a 50 percent fall in the number of visitors reaching only 13 million and a 53 percent drop in revenue approximating VND10 trillion ($430.22 million).

Hence he suggested HCMC and Mekong Delta provinces should take action together to recover the tourism industry in the second half of this year with the focus on the domestic tourism stimulation program and tourist brand name development for HCMC and 13 localities in the Mekong Delta.
In addition, he proposed travel firms namely Saigontourist, Vietravel, and Ben Thanh Tourist and other firms to further promote connected tourist products, invest in and upgrade destinations in tours. In addition he prompted them to speed up IT application in regional connection for quick and timely information exchange.
Mr. Phong stressed that regional connectivity and cooperation is an inevitable trend in socioeconomic development of each locality. With the already obtained results for the last past, he hoped the two sides will increase the contribution ratio of the tourist industry to the Gross Regional Domestic Product of each locality to 11-17 percent.
Mr. Le Huu Tho, chairman of Vietnam Tourism Association, said that regional connectivity between HCMC and the Mekong Delta should be implemented more drastically by local government, businesses and residents. The Mekong Delta in particular should pay more attention to developing human resources in the tourist industry to meet the region’s development requirements. 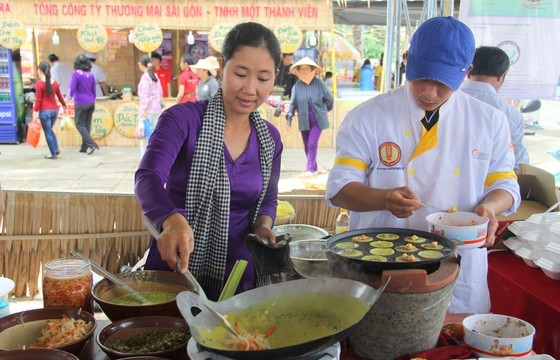