The delegates sincerely offered Uncle Ho incense and flowers expressing deep gratitude to the contribution, a whole life sacrifice for the sake of the people, for the country independence and development of Uncle Ho who set a shining example of the master revolutionary heroism, love of people, respect of people, close to people, hardworking - saving - integrity - impartiality, unselfishness and  noble international spirit.

The exhibition features nearly 160 documents, pictures of President Ho Chi Minh's great role in initiating, organizing, leading and encouraging the entire people to participate in patriotic emulation movements.  The exhibition contributes to the propagation and education of the entire Party, the whole army and the entire people, raising their awareness of the role and impact of the patriotic emulation movement in the current revolutionary period. 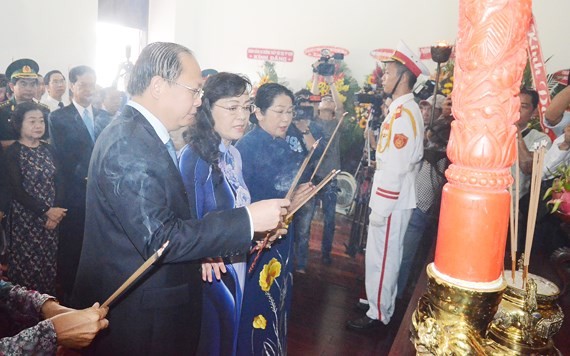