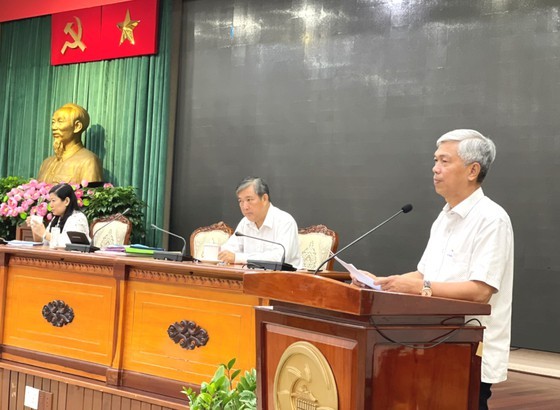 Because HCMC has a large number of businesses operating in all economic sectors, accounting for more than 30 percent of the total number of enterprises in the country, the implementation of the economic census could not cover all companies in the city within three months, he said.
In addition, the city saw a widespread closing of stores and businesses and many have changed their business locations due to the Covid-19 outbreak. These have hindered the census' implementation, Sang added.
Speaking at the meeting, Deputy Chairman of HCMC People's Committee, Vo Van Hoan asked the authorities of districts and Thu Duc City to consider the economic census as a chance to examine and assess the real situation of businesses in the localities.