Speaking at the event, Politburo member and Secretary of HCM City Party Committee Nguyen Thien Nhan reviewed President Ho Chi Minh’s life and revolutionary career, and the important role and value of the President Ho Chi Minh’s testament.
He stressed that these good examples will remind officials and Party members to perform their responsibilities and assigned tasks properly.
The city Party leader also sent his thanks to officials, Party members and citizens for their work and contribution to the development of the city.
392 honored individuals and units are typical of working and doing the work to the best of their abilities as well as contribute to the development of the country and HCMC. 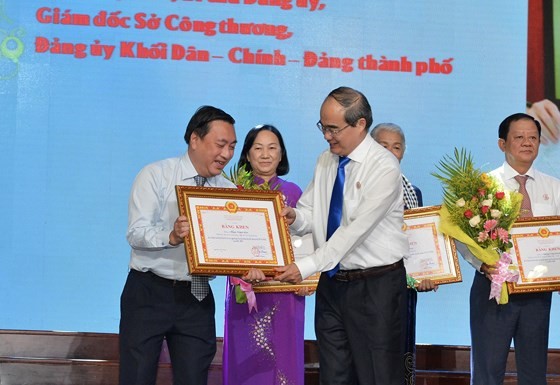