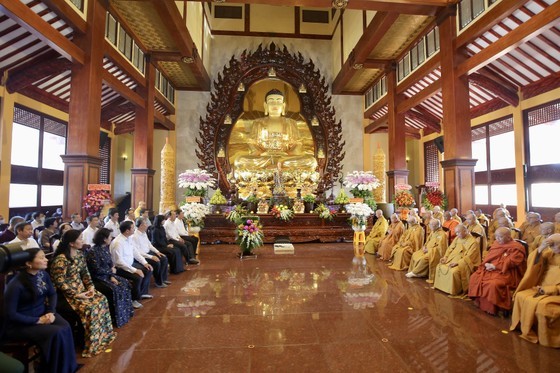 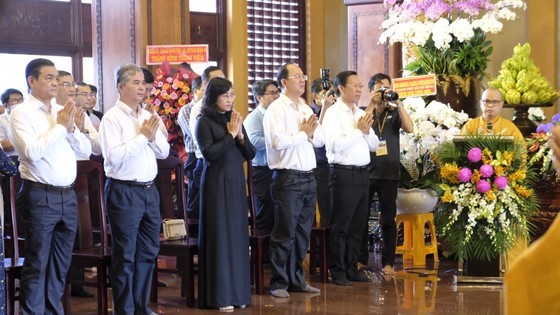 HCMC's leaders attend the requiem.
Speaking at the ceremony, Vice Chairwoman of the Vietnam Fatherland Front of HCMC Phan Kieu Thanh Huong extended her deep gratitude to Vietnamese people at home and overseas, the frontline forces and Vietnam Buddhist Sangha and the VBS Chapter in Ho Chi Minh City for their great contribution and support during the city’s fight against Covid-19 pandemic.
As the nation’s worst-hit locality, HCMC is regaining vitality after the disease thanks to individuals and organizations with their significant contributions to the city’s struggle against the virus. Religious dignitaries, officials, and representatives of religious establishments will continue to join hands to build a more prosperous country in general and the city particularly, said Most Venerable Thich Tri Quang. 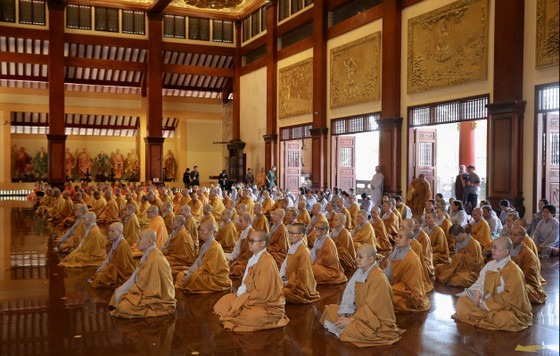 Buddhist monks and nuns take part in the memorial service.
At the requiem, a memorial monument commemorating people who died of the Covid-19 pandemic was placed in the Vietnam Quoc Tu Pagoda.
On this occasion, the organization board of the requiem offered VND1 billion collected from the HCMC’s “For the poor” Fund and 1,000 gifts to needy families affected by the Covid-19 pandemic.
The memorial service will run until August 20. 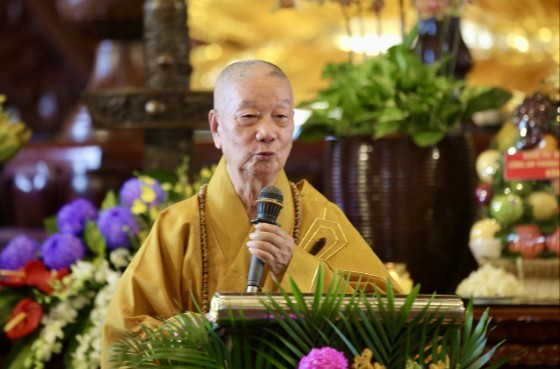 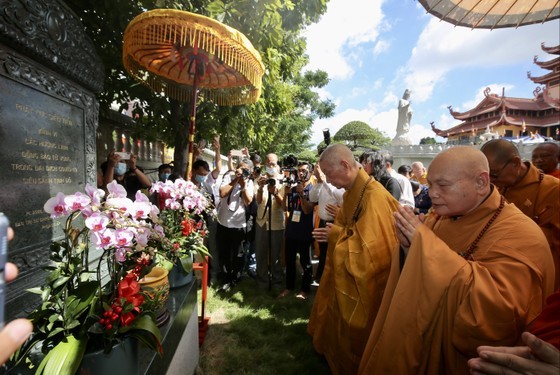 A memorial monument commemorating people who died of the Covid-19 pandemic is placed in the Vietnam Quoc Tu Pagoda. 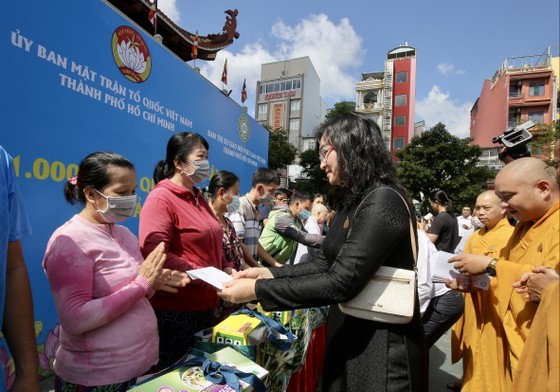