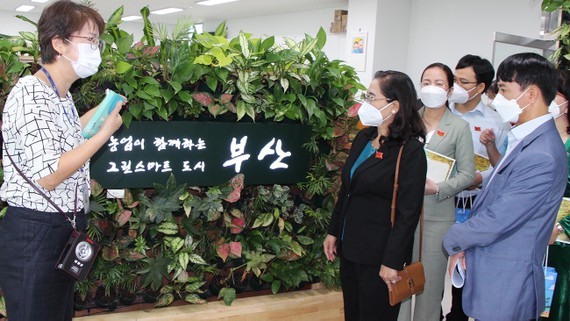 Deputy Secretary of the Party’s Committee of HCMC, Chairwoman of the Municipal People’s Council Nguyen Thi Le led the city delegation to visit and work at  the Agricultural Technology Center.

Director of the Agricultural Technology Center of Busan Kim Jeong Gook received the delegation and expressed his gratefulness for the fruitful relationship between Vietnam and Republic of Korea in general, between Ho Chi Minh City and Busan in particular, including the Agricultural Technology Center of Busan.
Besides, Mr. Kim Jeong Gook also introduced the role and activities of the center as well as the agricultural achievements of the city.

At the working session, Chairwoman of the City People’s Council Nguyen Thi Le impressed with the active development of the second biggest city of the Republic of Korea. In addition, Chairwoman Nguyen Thi Le was very impressive as Busan is a port city but it always pays attention to develop agricultural sector, including high-tech agriculture.

Chairwoman of the Municipal People’s Council Nguyen Thi Le speaks at the meeting.

Regarding the agricultural sector in Ho Chi Minh City, Chairwoman Nguyen Thi Le shared that the city leaders had imposed policies to develop high-tech agriculture even though the sector just occupied less than one percent of the economic structure.
Accordingly, the city has formed the High-Tech Agricultural Park, including Research & Development Center for High Technology Agriculture in Cu Chi District. 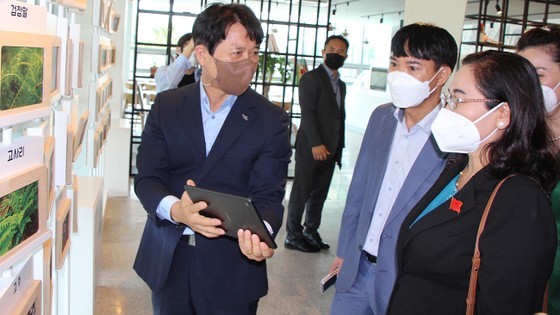 Chairwoman Nguyen Thi Le believed that the working session would help the HCMC People’s Council have more experiences on high-tech agricultural sector and she also hoped that the two sides would have more opportunities to look for cooperation and widen the relationships.