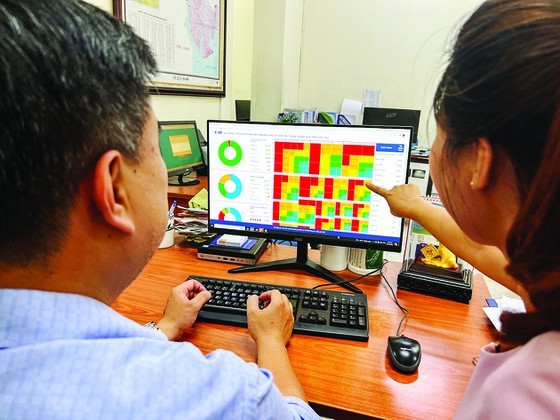 The system to monitor the task of handling resident feedbacks via the hotline 1022.

On May 25, a resident in Ward 12 of Go Vap District called 1022 to report a case of alley encroachment to put duck and chicken coops at Alley 819/13 on Quang Trung Street, severely troubling residents and harming the general beauty of the neighborhood. Immediately after that, the local authorities assigned functional forces to handle the case successfully.

A neighbor of Tuan Huy Granite Facility, located at the address of 584 Pham The Hien Street in Ward 4 of District 8, reported to Hotline 1022 that people in this facility often played loud music regardless of warnings from the local authorities. On May 25, the People’s Committee of the ward sent the functional force to ask reported people to sign a written commitment, saying that they will comply with legal regulations during their operation and refrain from singing or playing loud music that can negatively affects their neighbors.

Statistics from the HCMC Information and Communications Department reveal that until May 25, 2022, Hotline 1022 were able to address 14,660 reports and suggestions from city dwellers. The districts of 3, 5, 10, Binh Chanh have effectively fulfilled the task.

However, certain others are still tardy in handling residents’ feedbacks, with even 47-70 percent left uncared for. These localities explained that they have to wait for reports to be updated and complied monthly or quarterly before giving to their leadership.

The good news is the upgraded Hotline 1022 has more useful functions that can accelerate resident report and feedback processing, since leaders of the localities, the city departments can immediately see dwellers reports when accessing the system.

Deputy Director of the HCMC Information and Communications Le Quoc Cuong informed that his department has already issued accounts of Hotline 1022 to leaders of all wards in HCMC so that these state officials can handle residents’ feedback within their power at the soonest. The department is on its way to develop an interactive system between the city management and its sub-levels for quicker issue solving.

“It is expected that after June 2022, Hotline 1022 will offer an automatic SMS system using AI to improve information update ability, which will turn the hotline into a truly useful communication method between the authorities and people for citizen right protection and sustainable city growth”, said Deputy Director Cuong.

City dwellers now can contact Hotline 1022 via five popular ways of the phone number 1022, the mobile app ‘Tong Dai 1022’ for both Android and iOS operation systems, the e-portal at https://1022.tphcm.gov.vn , the email address at 1022@tphcm.gov.vn and the Facebook Fanpage at https://www.facebook.com/1022.tphcm.gov.vn 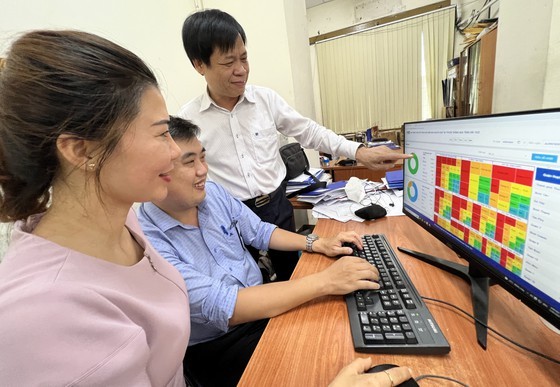 The system to monitor the task of handling resident feedbacks via the hotline 1022.
Meanwhile, Socio-economic Dashboard is fully renovated with 110 specific indicators for city, district, department levels, divided into 20 areas. Information is classified according to time and area to be displayed under the forms of charts and infographics.

Via this system, the municipal authorities can have a comprehensive picture of all current missions and operations being carried out. They can timely detect any abnormal details to devise suitable solutions.

At present, the HCMC Information and Communications Department is adding data of 51 indicators from the City Statistics Department and HCMC Social Security so that Hotline 1022 can store and display information interactively. Other state departments will have their data updated this week, and all will be available at the beginning of this June.