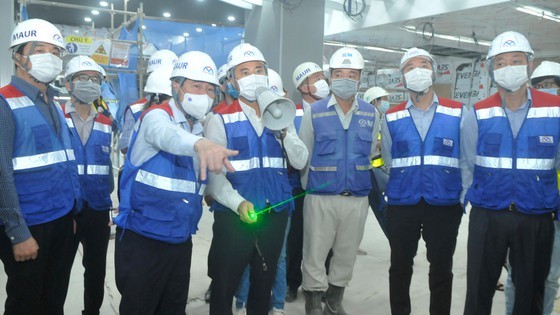 Head of the HCMC Management Board of Urban Railway (MAUR) Bui Xuan Cuong said the city Opera House and Ba Son stations under the CP1b bid package of the project have a total length of 190 meters and a width of 26 meters comprising of four floors. Especially, scenery connection will be carried out in the next time in the two stations. For instance, a connected system of parks, trails and natural areas will be done along protection corridors of Sai Gon River, Thi Nghe Canal and roads.
After listening to the report, Chairman Phong highly valued the concerted efforts made by the Management Board of Urban Railway’s design consultants and workers who have completed basic parts of the project's work. He directed related competent agencies and sectors to build scenery and paths to connect the metro with surrounding roads.
When it comes to the operation of the metro, Mr. Phong asked MAUR to identify the expected time when the project work is finished proposing relevant agencies to help MAUR to remove hiccups along the way so that it can be completed as scheduled.
The city Opera House and Ba Son stations completed 99 percent of the work in May and June while installation of equipment in the central station Ben Thanh is planned to finish at the end of December, 2021.
According to MAUR, the first metro line has completed 82.5 percent of the work so far. The Urban Railway Company No.1 in HCMC has selected 59 drivers for a training course from July 20, 2020.
The project comprises four main packages and is funded in part through an official development assistance loan from the Japan International Cooperation Agency.
Along the way, it has faced a multitude of problems, including the exchange rate fluctuation between Vietnamese dong and Japanese yen. 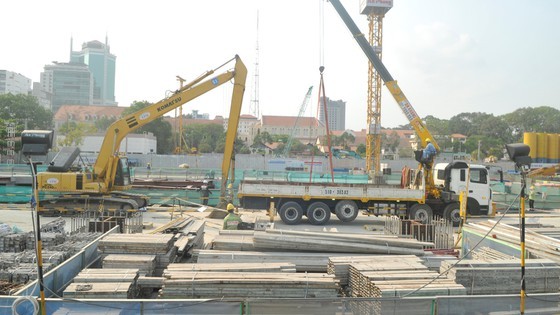