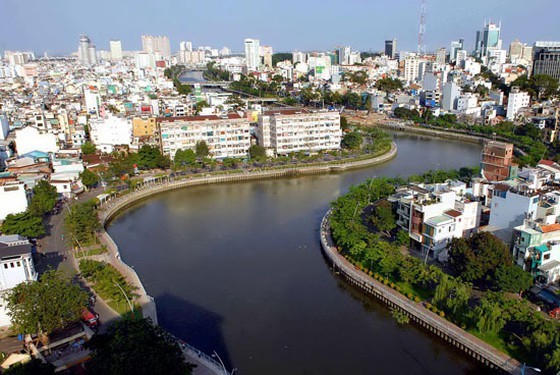 The clean-up project on polluted Xuyen Tam canal which runs through Binh Thanh and Go Vap districts aims to prevent flooding on the canal and clean up Nhieu Loc-Thi Nghe canal.
Additionally, other plans on the third phase of the HCMC Water Environment Improvement Project on Tau Hu-Ben Nghe-Doi-Te canal, boosting the project on preventing flooding caused by high tides linked to climate change, building and upgrading the 96km-long water drainage system and renovating the 5km-long canal system in the 2021-2025 period will be kicked off.
The city needs more than VND101,000 billion (US$4.38 billion) for the above mentioned projects.