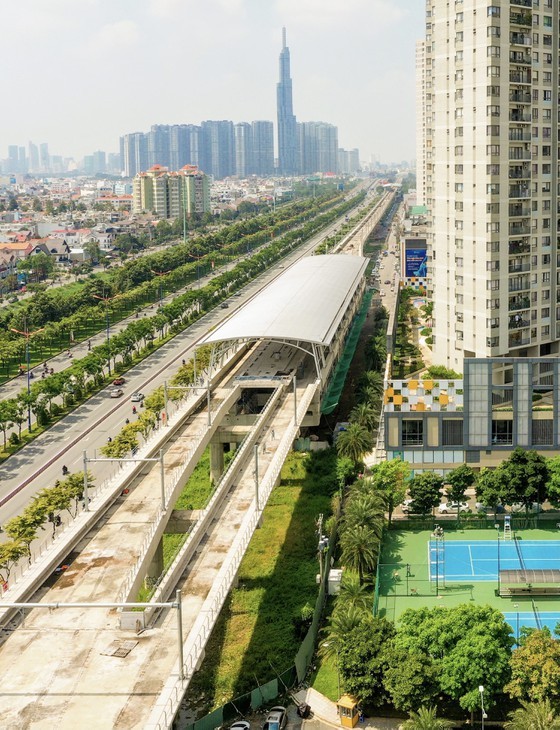 Deputy Prime Minister Pham Binh Minh chaired a meeting to resolve this problem at the end of April. He directed that based on the approval of the adjustment of investment decision for metro project No.1 of the HCMC People's Committee, the MPI should lead and coordinate with the People's Committee and the MoF to supplement the medium-term public investment plan for the 2016-2020 period and the 2021 budget estimate for the project upon the direction of the Prime Minister.

The rest would be put into the medium-term public investment plan for the 2021-2025 period and the estimate from 2021 onwards following the Law on Public Investment and relevant laws. Deputy Prime Minister Pham Binh Minh also directed the HCMC People's Committee to coordinate with the MoF to discuss with the Japanese side about the possibility of extending the loan agreement VN11-P7.

MAUR issued Official Letter No.1019/BQLDSDT-QLDA1 to the Japan International Cooperation Agency (JICA) in Vietnam on April 28. After that, JICA announced that the disbursement deadline of the Loan Agreement VN11-P7 had ended on November 22, 2020. Thus, the extension of the loan agreement VN11-P7 for the project was impossible.

According to MAUR, the metro line project No.1 has been completed 87.27 percent of the total project volume. Specifically, the underground package CP1a from Ben Thanh Market Station to Opera House Station has achieved 93 percent construction volume. The underground package CP1b from Opera House Station to Ba Son Station has exceeded 98 percent. Package CP2 is nearly 94 percent complete. Package CP3 has reached 73 percent of construction volume. For the metro line project No.2, up to now, districts have issued compensation decisions, achieving 99.67 percent, with 601 out of 603 cases, and the rate of site handover has touched 79.1 percent, with 477 out of 603 cases.

According to MAUR, the complicated development of the Covid-19 pandemic in HCMC has caused many difficulties. Particularly, the unit encounters a shortage of human resources. Costs incurred when subcontractors implement the regulations of ‘one route, two destinations’. Along with that, the contractors have to perform the three-on-site construction, affecting the progress and construction volume of the project. However, MAUR still recommends that the general contractors continue to comply strictly with regulations on pandemic prevention, and at the same time, make efforts to ensure the operation progress of metro line No.1.