The suggestion is needed because the city has a high investment leverage ratio and a high labor productivity growth which is 2.7-2.9 times greater than others in the country, the HCMC Party Chief added.
If the Central budget decreases in the first year after approving HCMC’s request on raising the retention ratio, the city will have an obligation to compensate in a such case. HCMC will never let the Central budget to decline but increase only, he committed.
Head of the Party Central Committee's Economic Commission, Nguyen Van Binh said that the project must show its reality and political commitment, and ensure to reach the Resolution No. 16-NQ/TW dated August 10, 2012 of the Politburo and the Conclusion No. 21-KL/TU dated October 24, 2017 of the Political Bureau of the Party Central Committee regarding guides and duties to build Ho Chi Minh City into a civilized and modern city holding the role of a special urban center, taking the lead in the cause of industrialization and modernization, making greater contributions to the region and the country, gradually becoming a large economic, financial, trade, scientific and technological hub of the country and Southeast Asia. 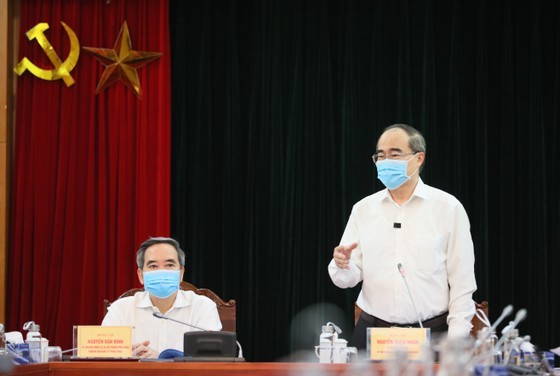