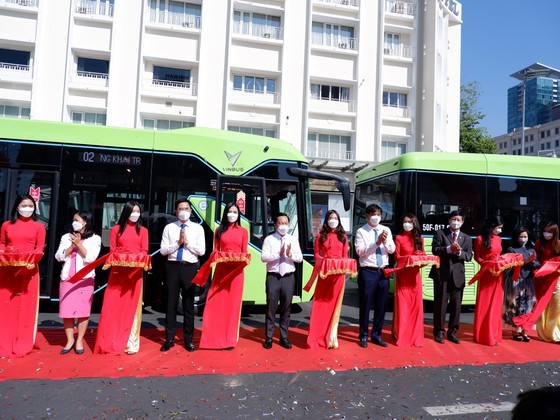 The bus fares will be VND3, 000 (US$0.13) per ride for students, and VND7, 000 (US$0.3) for others. The 29km-long new service will be operational with 94 trips per day from 5:35 am to 9:15 pm.
Speaking at the event, Director of the municipal Transport Department Tran Quang Lam said that the city’s authorities have paid much attention to the public transportation and created favorable conditions to develop this transport system from now until 2030 as well as recognized it as one of the city’s key missions.
Permanent Vice Chairman of the People's Committee of the city Le Hoa Binh highly appreciated the HCMC Department of Transport and the VinBus Ecology Transport Services Company in making an effort to put the first smart electric bus routes into operation.
The bus lines with advanced technological applications will create advantages for passengers in taking part in public transport, contribute to reducing greenhouse gas emissions and changing the habit of using green public transport for the people, he added.
The city’s leader noted that the development of public transport is one of the important solutions to develop HCMC into a modern and civilized city. Bus is one of the key measures to solve traffic problems in big cities, such as HCMC. The city is highly keening on green and smart transport. The World Bank has also financed a project of a green bus line connecting the city's eastern and western areas that is expected to be finished in 2023. In addition, HCMC has continued to change diesel-run vehicles to CNG-fueled cars. 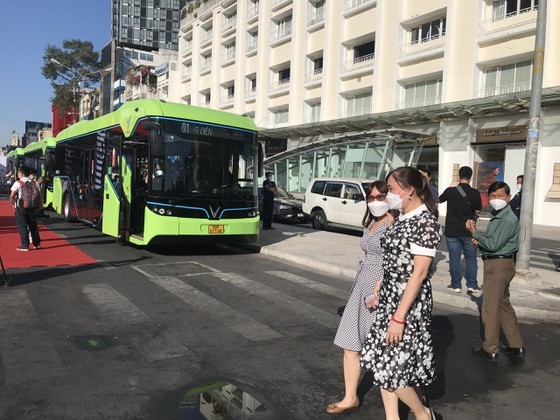 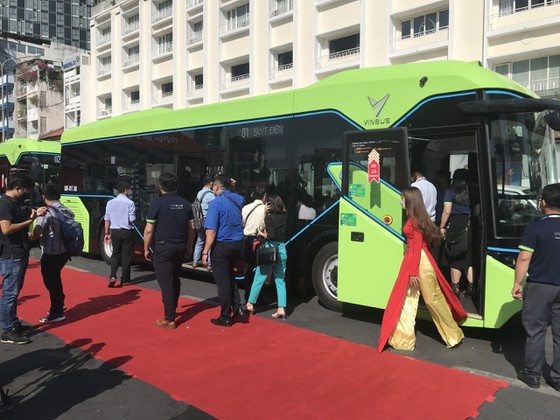 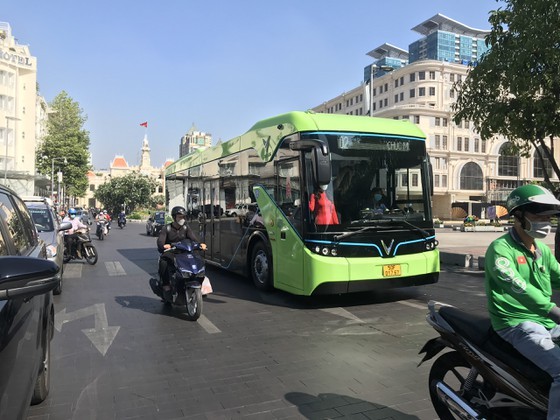 The first smart electric bus is launched in HCMC. 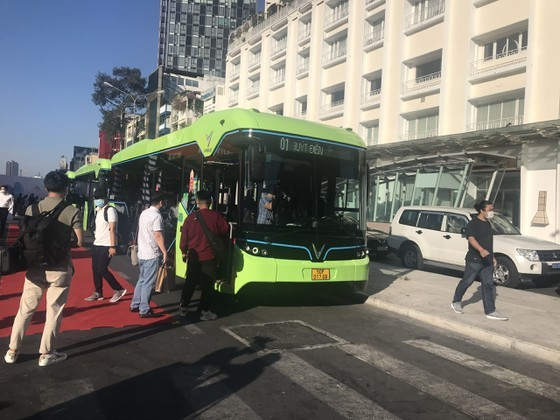