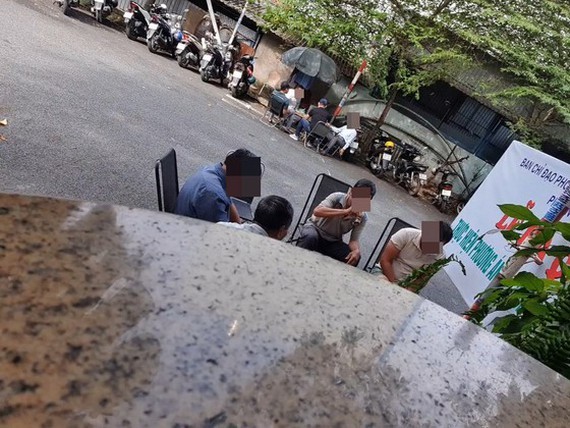 Eateries start offering dining-in service despite ban
After closures and restrictions aimed at slowing the spread of Covid-19 will be gradually rescinded, businesses have been ready to resume their operations.

Though the municipal authorities have only allowed takeaway service amid the current pandemic situation, many coffee shops and food eateries have been letting customers enjoy their drinks and eating right on the premises. Worse, customers in some places have not worn their facemask sitting closely to one another for talks.
For instance, yesterday morning, many coffees shops and eateries in streets Duong Quang Ham, streets No.20, Nguyen Thai Son, Le Duc Tho, street No.8 in Go Vap District and Thich Quang Duc, Nguyen Kiem in Phu Nhuan District, Nguyen Thai Binh in Tan Binh District offered sit-down service.
Several of them received 15 diners. Specifically, seven customers were seen at AB coffee shop in street No.12 in newly-established Thu Duc City’s Hiep Binh Chanh Ward.
Meanwhile, shops in Phan Van Tri Street in Binh Thanh District have just been offering takeaway and delivery services to local residents.
Restaurants in HCMC have been restricted to take-out and delivery for months.

October 14 was the first day when many business services, public passenger transport, and entertainment in Hanoi were allowed to reopen. Despite raining, Hanoians still did exercises many parks and flower gardens in the capital city.

Food and coffee shops are the most crowded venues. They have been allowed to reopen for more than two weeks, but until now these venues are really crowded when they are allowed to serve on-site dining. Noticeably, most of the restaurants strictly adhere to the regulations on the prevention of the Covid-19 epidemic.