Accordingly, the relief was contributed by the Vietnam People's Navy.

At the reception ceremony, Deputy Secretary of the HCMC Party Committee Nguyen Ho Hai highly appreciated the support and sentiment of the Ministry of National Defense, especially staff and soldiers of Vietnam People's Navy who had donated funds and essential stuff to the city's fight against the Covid-19 pandemic.

Besides, the city leader shared that HCMC will concentrate on economic development to continue contributing and supporting the military and naval forces to fulfill the assigned tasks of building and protecting the country.

Some photos were captured at the reception ceremony: 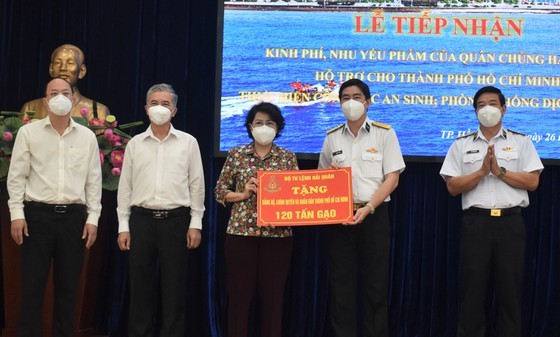 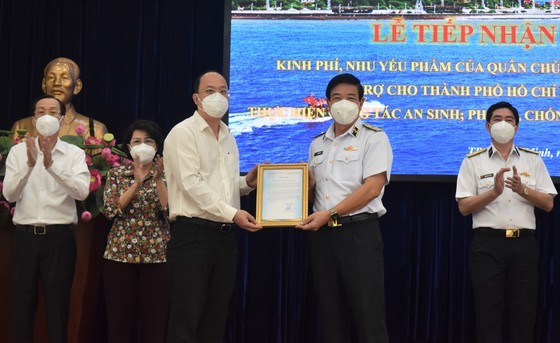