The delegates joined in the 81st death anniversary of former typical senior leaders of the Party (August 28, 1941- 2022) such as former General Secretaries of Party Committee Ha Huy Tap, Nguyen Van Cu, two revolutionaries Nguyen Thi Minh Khai and Nguyen Huu Tien, and so on, along with a memorial and praying ceremony for compatriots, cadres, soldiers and those who died during the Covid-19 pandemic.

At the national historical relic site where General Secretary Nguyen Van Cu and Vietnamese patriot Phan Dang Luu had previously been executed by the French colonialists, the delegates spent one minute of silence to commemorate and express deep gratitude for those fallen revolutionaries whose brave sacrifices for the national independence and freedom.
Some photos at the ceremony of offering flowers and incense to President Ho Chi Minh and former Party leaders and soldiers who sacrificed their lives for the national independence at the national historical relic site of Nga Ba Giong: 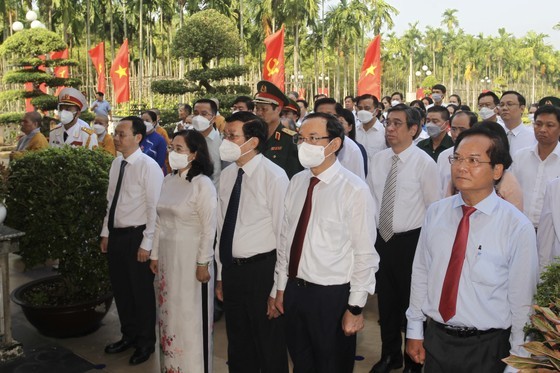 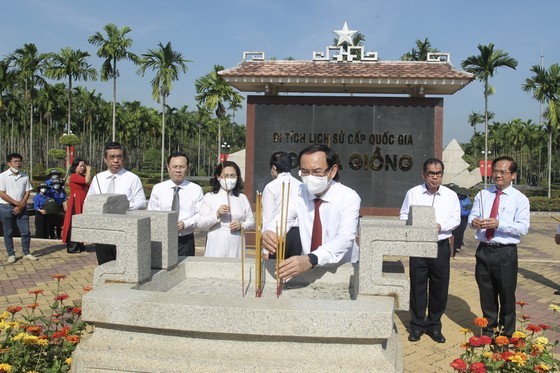 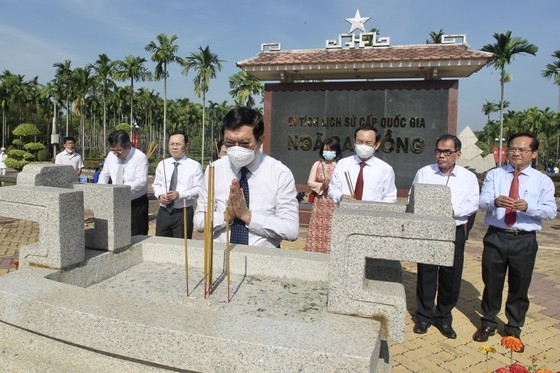 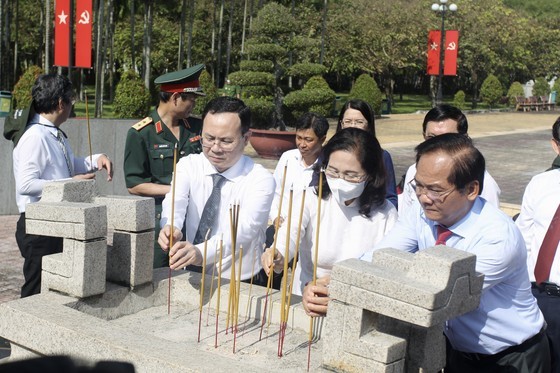 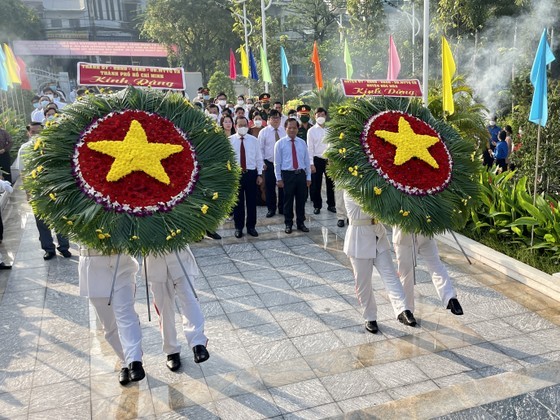