Influx of people were gathering in 23 .9 Park in downtown in Ho Chi Minh City which is considered the country’s biggest market for ornamental flower. The city has organized flowers markets in districts citywide to satisfy residents’ high demand.

Most flowers are taken to the city by traders and farmers in central provinces, in highlands provinces like Khanh Hoa, Binh Dinh, Lam Dong, and Mekong delta provinces such as Dong Thap, Ben Tre, Tien Giang.
One of buyer in the park, Ms. Tran Thi Thu , said it is the most logical to buy flower on the day because flowers are still beautiful and fresh ; this year lots of flowers are more beautiful than last year, so I would buy for my house and my daughter’s house. 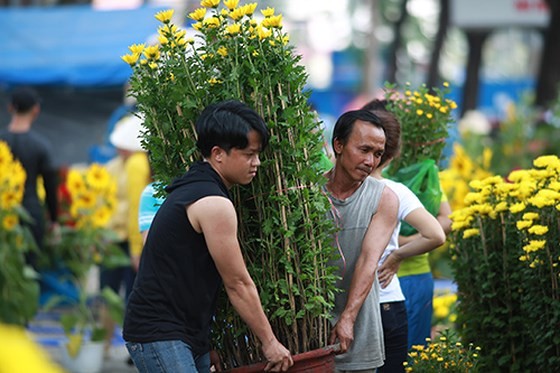 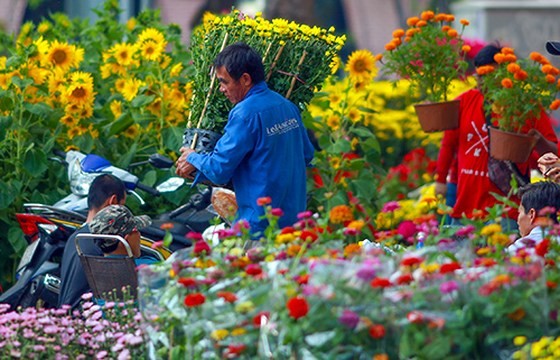