Roughly 2,300 buses including subsidized and non-subsidized vehicles are now traveling in 137 bus routes in the southern metropolis. The city averagely spends more than VND1 trillion on bus subsidies meanwhile the city will collect more than VND100 billion yearly from running advertisements on the city's bus fleet helping to reduce the amount of the subsidy. 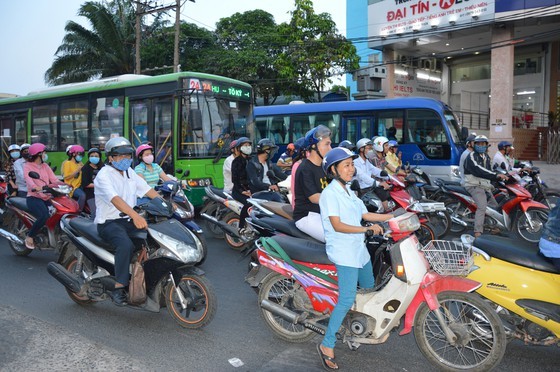 The Department of Finance in HCMC said from 2018 till now, running advertisements on buses has generated VND58 billion plus VND16.1 billion of value-added tax and enterprise income tax easing the burden of bus subsidies. For non-subsidized buses, transport enterprises enjoyed the whole revenue from running ads on buses.
After a trial operation of running ads on 2,000 buses, Koa - Sha Media Vietnam Company won the bid for bus advertising package on the side of 492 buses worth VND162 billion in three years. For years, the Department of Transport has assigned non-subsidized enterprises and cooperatives themselves to work with other firms which want to put an ad on buses while it conducted an auction on posting ads on subsidized buses. For four auctions from 2018 to 2020, no bidders were seen at the event.
Accordingly, the Department of Transport has proposed to cease running ads on buses. However, Deputy Chairman of the city People’s Committee Le Hoa Binh has put down a proposal to stop auctions but asked the Department and related competent units to negotiate with Koa - Sha Media Vietnam Company upon extension of bus advertisement contract. Simultaneously, the Department and related competent units must consult the city administration about a proper advertisement approach with the present public transportation development network and real demand for advertisement.
An urban expert said authorities in the southern provinces of Binh Duong and Dong Nai have allowed posting ads on buses for years to raise state budgets and reduce spend on subsidized buses.
Nguyen Quy Cap, vice chairman of the HCMC Advertising Association (HAA), told many members of this organization had shown no interest in the new medium for advertising because of high prices and inappropriate approaches as advertisers are tightening their spending in the current tough economic conditions.
In addition to the lengthy bidding procedure, bidders had to put down a large sum of deposit and sign contracts for many years. According to him, authorities should let business and markets act as drivers of change, rather than regulation and government intervention.